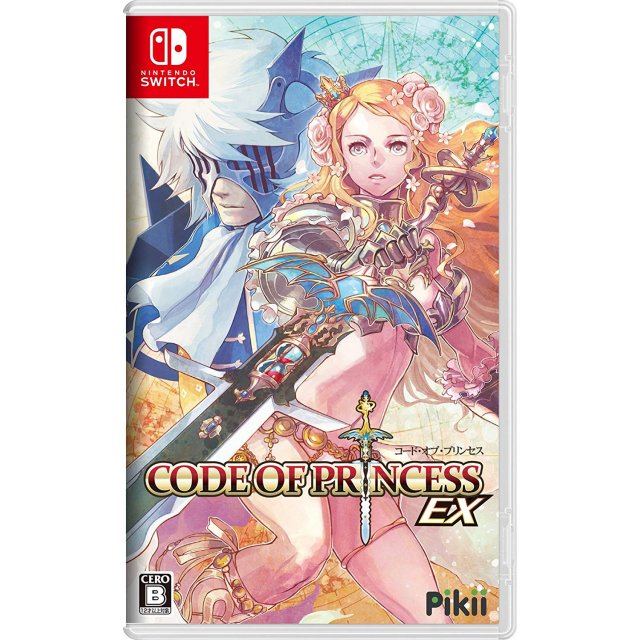 Works on all systems sold worldwide, a correct regional account may be required for online features.
24h In stock, usually ships within 24hrs.
US$34.99
Our previous price:US$ 38.99
You save: US$ 4.00( 10% )
Manufacturer
Pikii
Compatible With Nintendo™ Switch (SW)
Version

Works on all systems sold worldwide, a correct regional account may be required for online features.
24h In stock, usually ships within 24hrs
Price
US$34.99
Our previous price:
US$ 38.99
You save:
US$ 4.00( 10% )
Play-Asia.com Return & Refund Policy
Trustpilot
Trustpilot
Click on a thumbnail to see more pictures for Code of Princess EX

Be the Guardian of 50+ Heroes!

Code of Princess EXbrings a unique combination of hack-and-slash beat-‘em-up action and role-playing depth to Nintendo Switch! Fans of both genres are sure to be captivated by this epic adventure of intense multiplane fantasy combat, with a roster of over 50 playable characters, all of whom can be upgraded with new abilities and equipment. The game’s Campaign mode supports local two-player co-op, and there are also options for both competitive and cooperative online play.

The story withinCode of Princess EXfollows Princess Solange of DeLuxia as she fights to restore order in a world where monsters are trying to overtake the human race. Armed with the legendary sword DeLuxcalibur, Solange assembles a team of talented fighters to join her quest. Together, they embark on an epic journey where they will confront the monster uprising and try to discover it’s secret origins.

Nelke & the Legendary Alchemists: Ateliers of the New World
US$ 28.99

No reviews for Code of Princess EX yet.