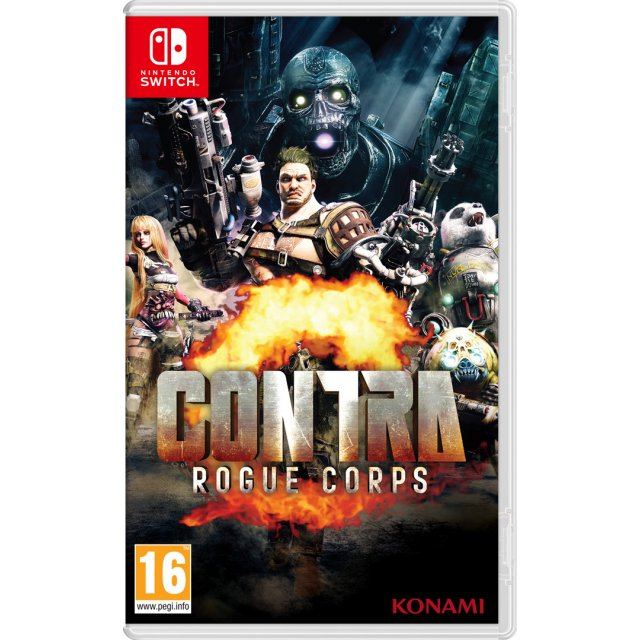 Contra: Rogue Corps is a twin-stick, third-person action game drawing upon its roots in fast and focused combat. From the director of Contra III: The Alien Wars and Contra: Hard Corps, Nobuya Nakazato instills more than 25 years of franchise pedigree into Contra: Rogue Corps with enormous crazed enemies, over-the-top violence, and a cast of diverse playable characters that add to the irreverent tone of the game.

Several years after the events of the Alien Wars, Contra: Rogue Corps follows a former military group living on the fringes as bounty hunters and treasure finders in the Damned City. Survival requires fast reactions, powerful weapons and the occasional organ and cybernetic augmentation. Players will complete missions in PVE campaigns, gathering resources to upgrade their guns to stay alive in the Damned City. If all else fails… bring in a friend online and mow-down enemies together in online multiplayer mode!

No reviews for Contra: Rogue Corps yet.