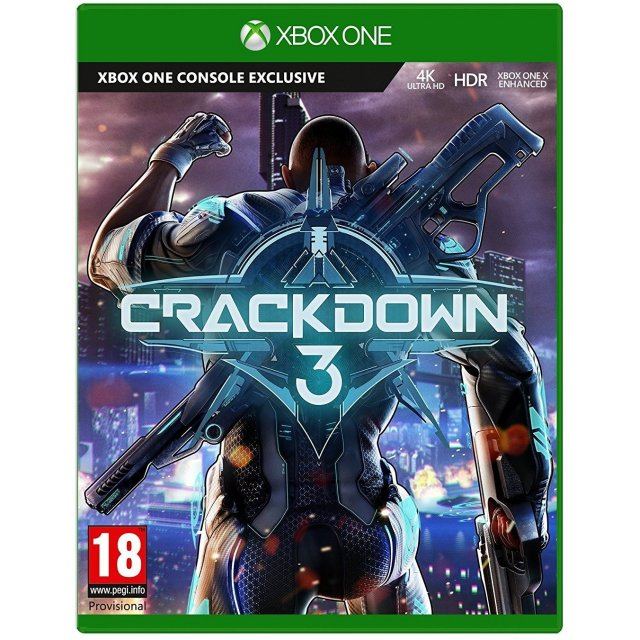 Works on all systems sold worldwide, a correct regional account may be required for online features.
24h In stock, usually ships within 24hrs.
US$53.99
Manufacturer
Microsoft
Compatible With Xbox One™ (XONE™)
Version

Works on all systems sold worldwide, a correct regional account may be required for online features.
24h In stock, usually ships within 24hrs
Price
US$53.99
Play-Asia.com Return & Refund Policy
Click on a thumbnail to see more pictures for Crackdown 3 (Chinese & English Subs)

The agents are back! After selling millions of copies on the Xbox 360, the award-winning and highly rated franchise Crackdown is ready once again to blast a hell of destruction that fans and enthusiasts are waiting for! Be prepared to take down Pacific City's biggest crime lords and syndicates, and experience once more a groundbreaking, hyper-powered world of Crackdown on its comeback for the Xbox One.

Crackdown is a third-person shooter set in the vast open world of a fictional metropolis: Pacific City. Take control of a biologically enhanced agent and improve your abilities by knocking down major crime lords and their organized crime syndicate, or by accomplishing optional missions such as street races and scavenger hunts. Also, Crackdown’s nonlinear gameplay lets players have the freedom to select their own technique in completing missions and tasks.

Crackdown for Xbox One promises to give players a better and more stunning action-packed experience as it offers unrivaled verticality, cooperative mayhem, and destruction. Play Campaign with friends or just enjoy an absolutely new ambitious Crackdown experience powered by Xbox Live and it will surely bring a different perspective for open-world games!

Notes: Box art is not final.

No reviews for Crackdown 3 (Chinese & English Subs) yet.