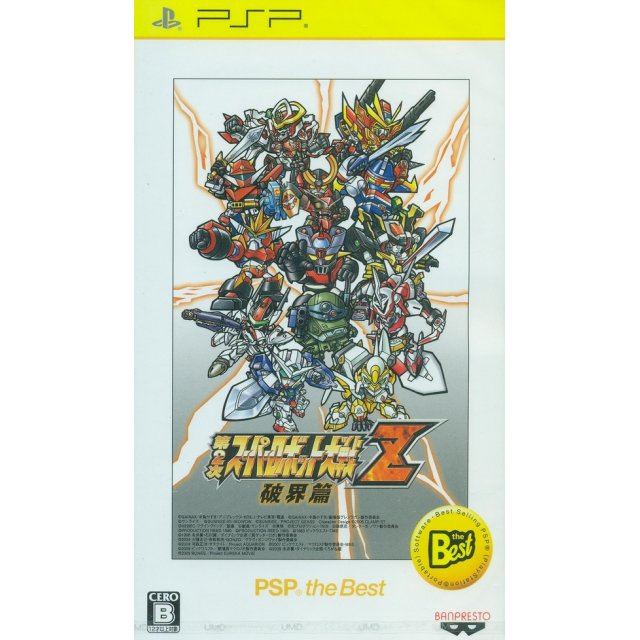 The mechas leap over the boundaries that separate their series and engage in a war that will sweep the galaxy up in a chaos.Dai-2-Ji is the first Super Robot Taisen Z game written especially for the Sony PSP, and Hakai-hen is the first of a set of two games.34 of the hottest mecha anime series contribute robots to the game, see them bombard each other or transform via the wide Sony PSP screen. The pilots are all fully voiced by a stellar cast of seiyuus during the battle scenes, come relive your favorite moments.

If you are familiar with Dai-2-Ji Super Robot Taisen Z Hakai-hen (PSP the Best), why not let others know?

sonorityoflife (38) on 23, Sep. 2015 07:54 (HKT)
Awesome game!
The intro is breathtaking. It shows how much work has been put into this 20th Anniversary entry in the SRW franchise.

Great high-quality sprites and animations, all your favorite theme songs and moves from famous Super Robot anime series and some original ones, improved gameplay (compared to the SRW games from GBA, you can switch between Attack, Defend and Evade during combat just by pressing the L and R buttons), and an incredible amount of text (Japanese knowledge is required to enjoy the story to the fullest, but walkthrough translations are available online).

This is not a title to be missed for fans of mecha SRPG! Highly recommended!