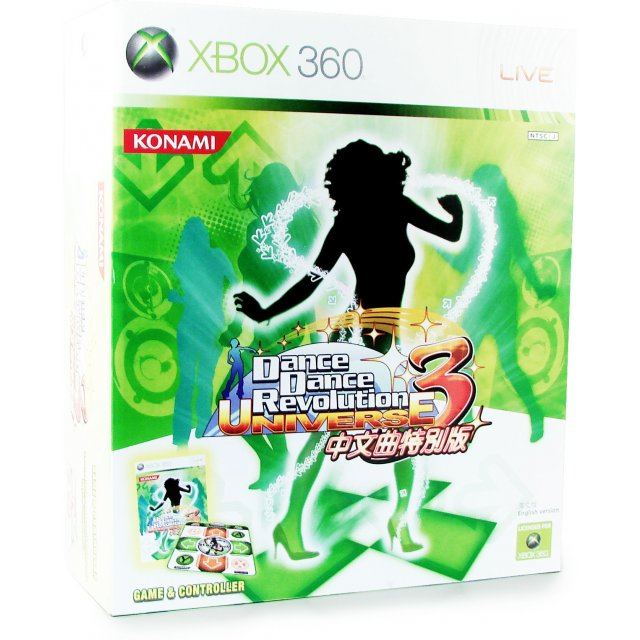 If you are familiar with Dance Dance Revolution Universe 3 Bundle (Chinese Version) (w/ Dance Mat), why not let others know?

ronal_tda (65) on 21, Sep. 2010 09:46 (HKT)
fair game
i was lucky to get the DDR bundle w/ mat with half prize in playasia. its a nice game, my only disappointment with the loading time, not i expected in xbox 360.
Rion (3) on 31, Oct. 2009 21:59 (HKT)
Show me your performance
I love the Dance Dance Revolution / Dancing Stage series very much and buy as much as all the parts. Unfortunately, there was part 3 of the Xbox 360 version is not in Europe. But fortunately, it has PlayAsia.com on offer. I have brought the Chinese Special Edition and needs to be said after the unlock all the normal (not the 20 Chinese) songs really has a lot of tracks for selection. Still, nearly 70 normal DDR / DS + 20 chinese songs on the disc Unfortunately, up to 2-3 titles all Chinese songs too slow and therefore unsuitable in DDR, because you can build almost no tact. This can be very annoying in Quest Mode. But otherwise you have to choose those songs not do it.
Anyone who is fan of the series, is not anyway around it. So buy it. ^^
sim.rick (1) on 04, Sep. 2009 09:02 (HKT)
Disappointment in the Chinese/Canto Section
Very disappointed with Chinese/Canto section. Not much info was gotten for the Chinese songs section and I bought this because of it, but was disappointed with the bundled chinese songs cos there's only a few and not very popular titles from the artistes...not worth getting imo and you will be better of just getting the English version which is cheaper...