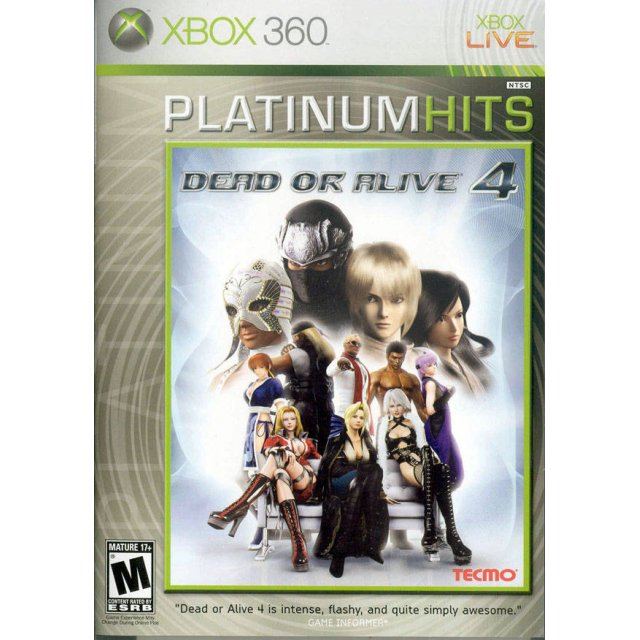 sold Out of print / Out of stock.
Manufacturer
Koei Tecmo Games
Compatible With Xbox360™ (X360)
Version

Taking advantage of the superior technology of Xbox 360™, Dead or Alive® 4 offers the defining gaming experience on the next-generation console. The game encompasses all that Xbox 360 has to offer, giving you the most rewarding digital fighting to date on any videogame console.Dead or Alive 4 once again raises the bar in both online and offline fighting. By utilizing the advanced technology of Xbox 360 hardware, the game redefines 3-D high-definition graphics and sound, creating one of the most visually beautiful and realistic-looking video games available. Unsurpassed online capabilities via Xbox Live™, incredible new interactive stages, an all-star lineup of old and new favorite characters, and a complex DOA countering system all combine to create a must-have video game for Xbox 360.

Heavy Rain and Beyond: Two Souls Collection
US$ 19.99

Homefront: The Revolution
US$ 9.99

If you are familiar with Dead or Alive 4 (Platinum Hits), why not let others know?

[This review is based on another version of this product]
segacon (31) on 21, Jan. 2006 03:19 (HKT)
Beautiful, but difficult...
Dead or Alive 4 is certainly the most stunning-looking fighter to come out so far. The levels are huge and packed with detailed and interactive objects. I love all the characters, especially Nicole. The online interface is excellent, with unique lobbies and avatars and easy spectating during matches. My only complaints are the single-player game can be insanely hard (especially in Time Trial), and the counter system is very difficult and annoying. Still, if you like 3D fighters, this is a good choice.