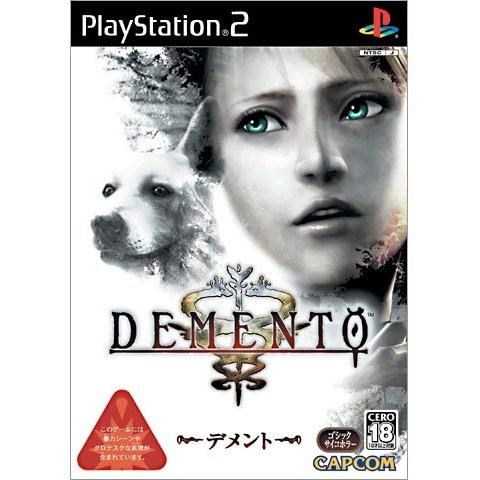 In Demento (also known as Haunting Ground), players take on the role of Fiona Belli, an 18 year old girl who is the sole survivor of a tragic car accident that has claimed both her parents. When she regains consciousness following the accident, she finds herself locked up in an unfamiliar old castle, with no clear way out. As she makes her way through unsettling surroundings, she encounters an array of strange inhabitants and learns that she has become the heiress of the mysterious castle upon her parents’ death. Fiona also comes across Debilitas, a deformed and disturbed man who chases her relentlessly. Luckily, she meets awhite shepherd dog named Hewie who has also been trapped in the castle. By saving him from the shackles that imprison him, an instant bond is formed.

Though Fiona is a physicallyweak character, she must use her wit and cunning to unravel the castle’s puzzles and figure out what is happening and why. Hewie will be a vital resource in surviving this ordeal as he has strengths where Fiona does not. As players develop trust and foster their relationship with Hewie, he will be much more willing to help Fiona progress through the game. He can use his heightened sense of smell to locate items, utilize his smaller size to access hard to reach areas and attack or distract enemies so Fiona can escape their clutches. The success of this partnership will be crucial if they both hope to stay alive.

If you are familiar with Demento, why not let others know?

newinjapan2002 (143) on 09, May. 2006 05:50 (HKT)
Beautiful Game
I wasn\'t expecting much when I picked up this game but it is actually quite well done. It is not a game for fans of fighting games, and even Resident Evil fans might not like it, because it tends to be more a game about puzzle-solving and running away. The main character is very weak, and when confronted by an enemy basically has no other option but to flee and hide. It is well done however, and you can really feel the panic build up. The overtones of sleaze and depravation are also well executed, the atmosphere of the game really draws the player in. Visually it is beautifully done, and the gameplay is very simple to get the hang of.
Recommended.
Chris Darril on 05, Feb. 2006 20:09 (HKT)
The Real Survival Horror!!!
If Bio Hazard 4 offers action and tension, Demento offers suspense and panic. It doesn\'t make afraid! But its psycopatic story and its realistic characters make a fascinating atmosphere, an atipic atmosphere. The idea of the escape and the iddens is really fantastic. In this game we have to survive! In evry time, we have to survive from the monsters and the killers. W Daniella! A Masterpiece!
z1ss (36) on 07, Jun. 2005 01:52 (HKT)
Must Buy!
Very, Very good game! If you like Resident Evil, this game for you!