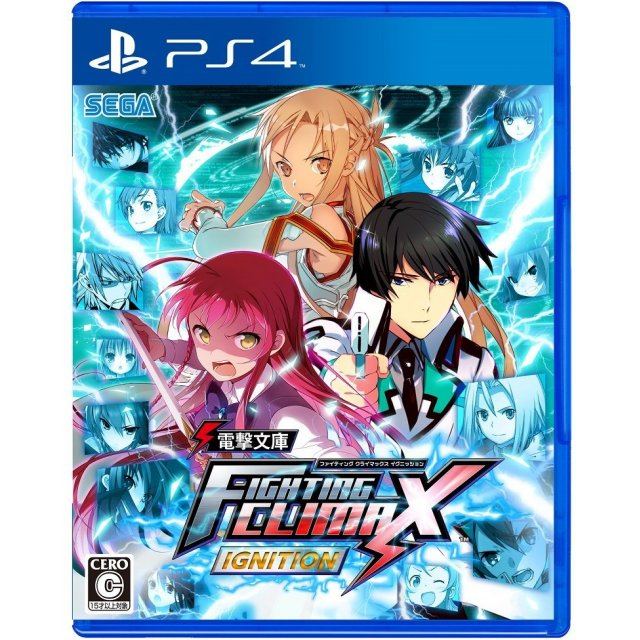 Dengeki
Rated
By Our Customers
Compatible with PlayStation 4™ (PS4™)

Its a expansion pretty much of the 1st game. It retains all the mode of the old game - except for the other type of story mode. The story mode is pretty much arcade mode with the curiosity of how characters react to each other.Scores are still online leaderboard based on the survival/arcade/time attack still.2 new backgrounds addedabout 4 new assist characters4 new characters from the start- no need to unlockSilveria and Akira is playable from the start.A new ignition mechanic which I wish I knew what it does - but hard to tell from just a few hours of play time on it.1 dlc character later on, free for the limited time - only if you have jpn psn account.Game is still fun and frantic. Very fun and way more balanced then the broken marvel vs capcom 2 n 3 series. New characters are very diverse in play styles. Found one to balanced, another to be good at range, one a heavy rush down and a teleport type character. If you love the dying art of 2d... buy this fighter. Its pretty good and relies on great fundamentals above all else. Hope they keep going with this series. Please add more fighters and less assist characters.

If you are familiar with Dengeki Bunko: Fighting Climax Ignition, why not let others know?

yoloman (130) on 28, Jan. 2016 12:56 (HKT)
I have play the ps vita ver and instantly fell in love with it
I play this game when they released back in dec 2014 and instantly love it. This expansion have a huge roster to pick on
And on ps4 ,you can see the graphic improvement on it. So yeah online play still lack of US player but mostly japs player
Blah615 (1) on 13, Jan. 2016 14:17 (HKT)
Awesome!
Came just in time for Christmas and i love it! My friends and I have been going at it since!
iggy_mcb (1) on 12, Jan. 2016 22:00 (HKT)
Excellent
This is a great 2d fighter. Even if you aren't familiar with dengeki bunko. Tho I love the mix of characters from different anime. I also really like most of the anime that this game consists of. I am a big fan of Shana, Sao,and black bullet so I loved the roster of characters and game.
Bahamut (1) on 09, Jan. 2016 16:11 (HKT)
Solid 2d fighting at its finest, never out of style
Plenty of replay value outside of online vs.,4 new characters from the start, new assist characters and backgrounds. Diverse play styles on new characters - rush down heavy, found another to be range expert - summoning soldiers to help, a happy teleport character and a balanced one.
thn02132 (1) on 07, Jan. 2016 10:29 (HKT)
재밋네요
재밌게 플레이 하고 있습니다.
1 »