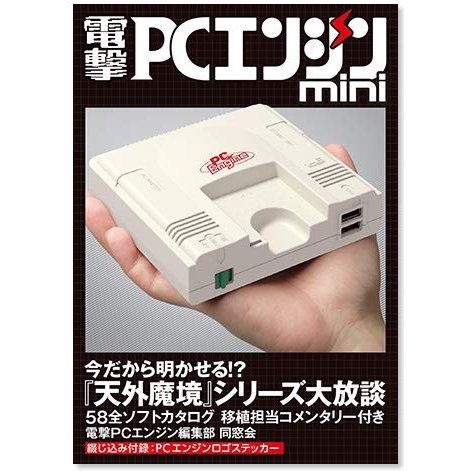 Japan
pre Not yet published or released. Expected to ship: Mar 24, 2020
US$14.99
Please take note that, once purchased, this item must be paid immediately and cannot be cancelled or returned.

Manufacturer
Kadokawa Shoten
pre Not yet published or released
Expected to ship:
Mar 24, 2020
Price
US$14.99

■ Let's clarify because it is now!
Four game creators who worked on the "Far East of Eden" series gathered again! After talking about "Far East of Eden" from the beginning to the completion, you could see a glimpse of the youth of the Red Company.

■ The philosophy M of the PC engine which was seen by “analysis”
In developing the PC engine mini, "analysis from both hardware and software" is indispensable. In this process, “What kind of philosophy and logic is the hobby machine made of the PC engine?” Is highlighted. Until now, the developers of the time, ingenuity and Approaching energy.

■ Dengeki PC Engine Editorial Department Alumni Association
An alumni association for the first time in about 24 years, staffed by the PC engine magazine "Dengeki PC Engine" published until 1996. A roundtable discussion to bring memories to the titles that were pushed at that time, the hit specials, and the plans that were lost.

■ Appendix: PC engine logo sticker
Various logos related to the "PC Engine" on stickers. If you stick it on your favorite items such as PCs, bicycles, cars, you will definitely be at a glance.

* The contents of articles and appendices are subject to change.