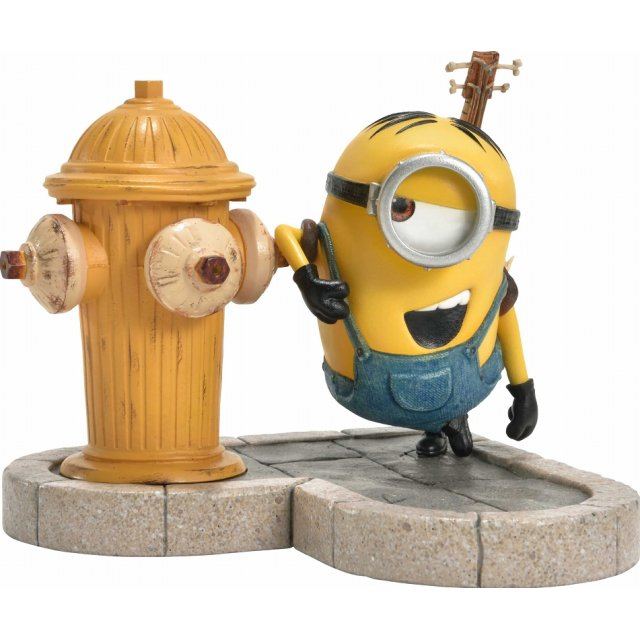 Prime 1 Studio is proud to present the second figures of the series PCFMINI-02: Minion Stuart in New York from Despicable Me & Minions series. The Minions are small, yellow, cylindrical creatures, who have one of two eyes. They are the signature characters of the Despicable Me series. They bring much of the comedy in the film, and they are known as the scene-stealer of the movie. Frequently, they speak in an incomprehensible language, called Minionese, occasionally switching to English. Stuart considered being a slacker among the other Minions. With his usual habit, he is chilling out beside a yellow fire hydrant in New York standing approximately 4.13 inches tall with his backpack full of food and his ukulele. Don’t miss out to add Stuart in your Despicable Me & Minions series collection.

Prototype samples are shown.
Product details could be subjected to change without further notice.

No reviews for Despicable Me Prime Collectible Figure: Stuart in New York yet.