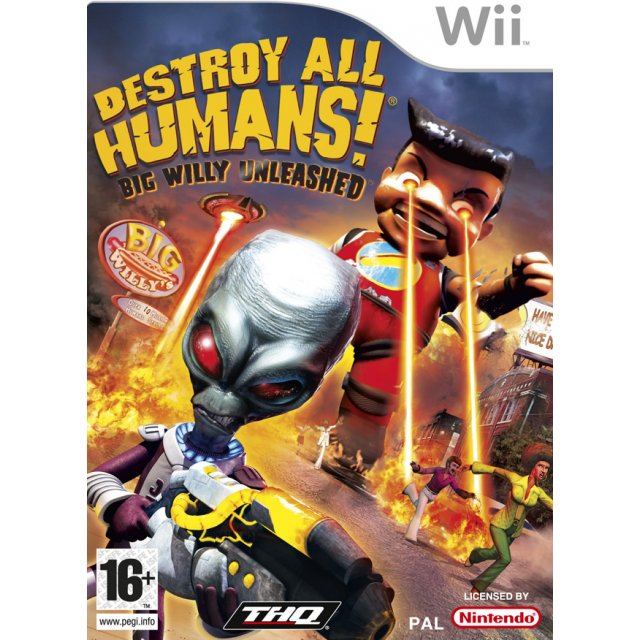 THQ
Compatible with Nintendo™ Wii (Wii™)
For PAL systems only.

Control Crypto as he travels the world in the Funked Out 1970's, unleashing massive destruction on foot, in his UFO and, for the first time, in the Big Willy mech. As the storyline prequel to Destroy All Humans! Path of the Furon, Destroy All Humans!® Big Willy Unleashed™ takes players around the world, lampooning hallmarks of the funkiest decade—the '70's. Take on humans and other enemies with a devastating arsenal of weapons and mental abilities—or take to the sky in your UFO to unleash massive destruction from above. Freely demolish 5 invasion sites as you take on over 30 story missions and 30 sandbox missions through three modes of play—Crypto, UFO, and BIG WILLY Mech.

No reviews for Destroy All Humans! Big Willy Unleashed yet.