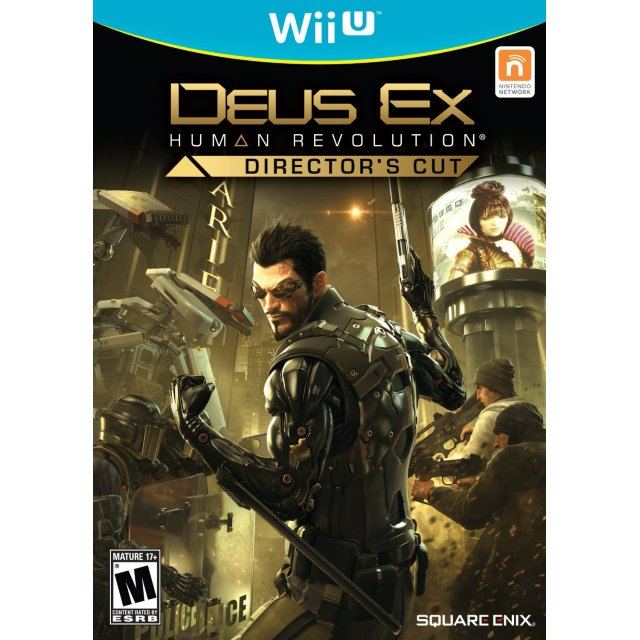 Square Enix
Rated
By Our Customers
Compatible with Wii U™ (Wii U™)
For US/Canada systems.

One of the Most Critically-Acclaimed Video-games of All Time:

Deus Ex: Human Revolution – Director’s Cut is the enhanced return to one of the most critically-acclaimed video game franchise of all time. The game is set in the year of 2027, a time of great innovation in neuro-prosthetics, but also a time of chaos and social divide. Play as Adam Jensen, an ex-SWAT specialist who’s been augmented against his own choice, who finds himself in the middle of global conspiracy in which he holds the key.

Play the whole game on the GamePad screen, with 11 new Neural Hub Features including touchscreen hacking, augmented sniping, smart vision plus, interactive map editing, inventory and augmentation management, throwback explosives that all provided by the Wii U GamePad, Microsoft’s SmartGlass, and the PlayStation Vita.

If you are familiar with Deus Ex: Human Revolution - Director's Cut, why not let others know?