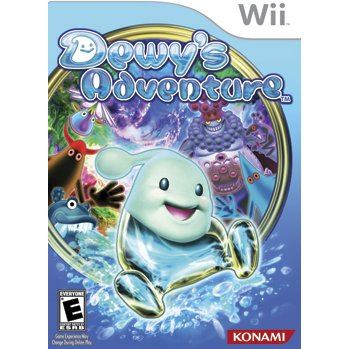 The evil Don Hedron has descended upon the peaceful forest with Black Water and it's up to Dewy, a small droplet of water, to eliminate the terrible scourge and save the Tree of Seven Colors. Take control of Dewy using the Wii Remote, rolling him around the environment and using special elemental powers with unique gesture-based controls to take on the dastardly forces of Don Hedron. Control heat and cold to transform Dewy into ice and steam to solve puzzles and restore a beautiful world of peace!

If you are familiar with Dewy's Adventure, why not let others know?

rachmat-19 (25) on 23, Sep. 2010 09:08 (HKT)
A bit boring...
Although the idea behind the game is really great, the fact we have to play it while tilting the wiimote is a disappointment.. It gets tiring quite quickly and boring even quicker... however, the graphics is really good, it's colorful and never boring.