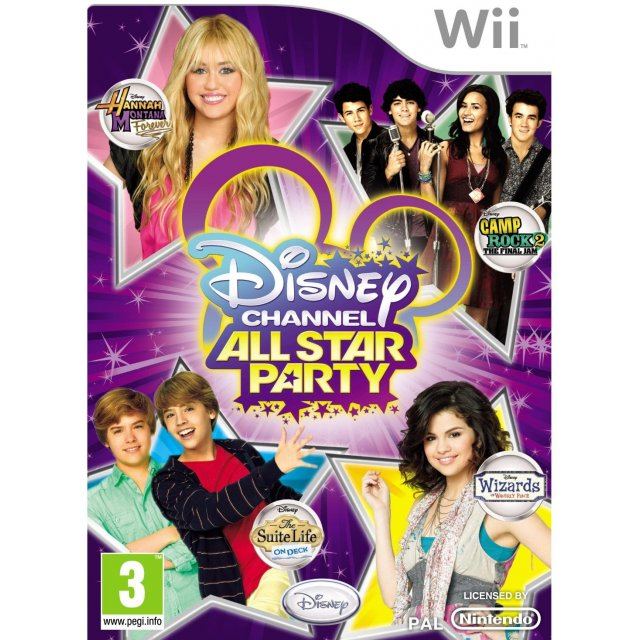 Get the party started with Disney Channel All Star Party on Wii™!

For the first time, mix up Disney Channel shows and characters! Play as favorites from shows including Sonny with a Chance, Wizards of Waverly Place, and Hannah Montana. Challenge your friends in over 30 hilarious games from popular show locations like Phineas and Ferb, Jonas L.A. and more!

No reviews for Disney Channel All Star Party yet.