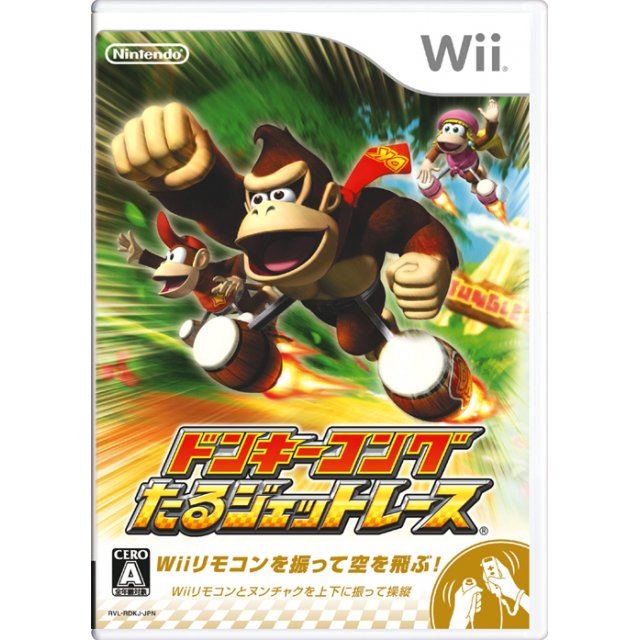 Nintendo
Compatible with Nintendo™ Wii (Wii™)
For JPN/Asian systems only.

Donkey Kong Taru Jet Race invites you to drum the Wii Remote and Nunchuk to zoom Donkey Kong through a series of races and be the first to cross the finish line. You'll collect bananas and power-ups to compete against other characters in the Donkey Kong universe like Diddy, Dixie, and King K. Rool-plus four new characters!Use speed, skill, and power-ups to blast your way past your opponents or use dirty tricks like punches and pineapple launchers to push them to the back of the race. Invite three of your friends over to play and have a four-player race!

The Legend of Zelda: Phantom Hourglass
US$ 51.99