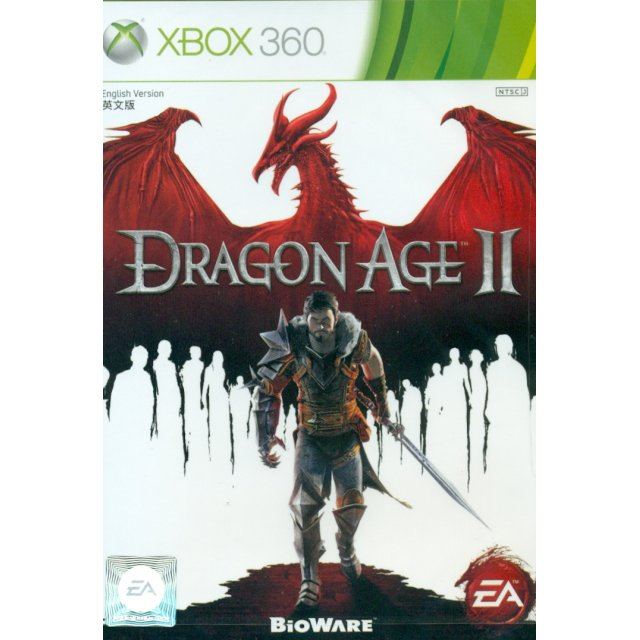 Experience the epic sequel to the 2009 Game of the Year from the critically acclaimed makers of Dragon Age: Origins and Mass Effect 2. You are one of the few who escaped the destruction of your home. Now, forced to fight for survival in an ever-changing world, you must gather the deadliest of allies, amass fame and fortune, and seal your place in history. This is the story of how the world changed forever. The legend of your Rise to Power begins now.

If you are familiar with Dragon Age II, why not let others know?

xboxnut36 (7) on 14, May. 2011 12:11 (HKT)
Cut and paste rpg
While this is a great game, true rpg fans will feel alittle shortchanged as it feels like cut scenes and fights added together with little exploration along the way, personally I enjoyed Two Worlds 2 more for it's depth, even though it reminded me of a B grade film, either way both great games
sephiroo (2) on 10, May. 2011 19:25 (HKT)
Good games very action
keith_ibo (8) on 26, Apr. 2011 08:13 (HKT)
Good but ....
i think that the game is not as great as the first dragonage. the gameplay has been cleaned up very much but the customisation of characters has been removed. you only get to play a human and the stories for the characters are generally the same. lack of replayability and customisation i feel is what makes this game 3* rather than a 5* game like its predesessor.
kascott1 (11) on 02, Apr. 2011 07:55 (HKT)
Good, but not great
This game is definitely good, but it's not living up to what I felt from the first game. In the first game, I was totally immersed and didn't want to put my controller down. In this one, I am having fun and enjoying the story, but I'm just not immersed. I still recommend it, though.
saturnxperience (13) on 01, Apr. 2011 20:14 (HKT)
Excellent... but not EPIC.
The sequel to the 2009 RPG game of the year arrives 14 months after it´s predecessor... with such a short development cycle... will it live to it´s fame?

The graphics are cleaner but duller. At least, the game tries to follow a path in it´s artistic direction unlike the prequel, which was a mish mash of styles.

The combat system has been redefined a little and now is more like a button masher (thankfully, you can choose between the new and the old system).

The game is shorter and the dungeons feel the same all the time. But the game is fun, and the story is interesting (not as epic as before TBH).

Even with it´s flaws, the game is pretty enjoyable and you can get it pretty cheap from here. The game is region free and multi-language.
1 »