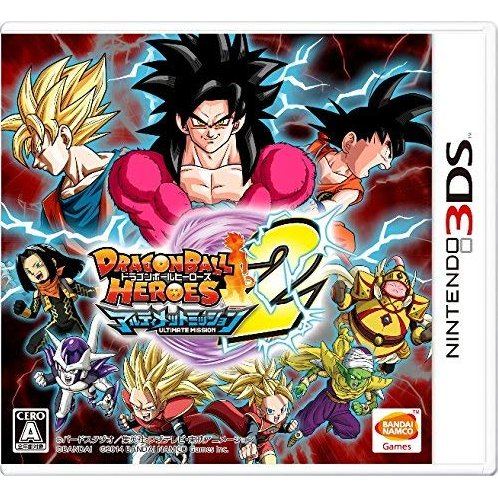 dragon ball z card game machine from Japan made into a handheld game second game in heroes series where you play as hero later added the ability to play as a heroine or other dragon ball,z and gt character classes but the person you play as is sucked into the card game and has to play through each storyline to help his or her favourite characters there is even non-cannon forms for characters example is trunks going super sayian 3 in the majin buu saga this if memory serves right was in dragon ball heroes ultimate misson 3ds the first in series on 3ds

If you are familiar with Dragon Ball Heroes Ultimate Mission 2, why not let others know?

Shengoku (1) on 18, Oct. 2015 05:43 (HKT)
Nice game
It's a card fighting game, but a good one!
It has tons of characters (from all Dragonball series and even from the movies) and offers a good variety of special moves + combinations.
If you like Dragonball I defenitely recomend this.
thegametagerz (18) on 11, Jun. 2015 00:51 (HKT)
Good Game
Just the grinding for cards is such a chore honestly.
CN_KEVIN (28) on 13, Dec. 2014 10:00 (HKT)
No title
I think the old version of dragon ball is better than this one. Anyway, it worth a try.
Cress (13) on 10, Sep. 2014 03:32 (HKT)
Best Dragon Ball Heroes game for the 3DS
This is the best and most complete DB Heroes game you will get on the 3DS. It has all the missions and cards from the first game, plus much more new cards and challenges. The game grafics and gameplay has been improved very much since the first game, now it looks exaclty as the arcade version.