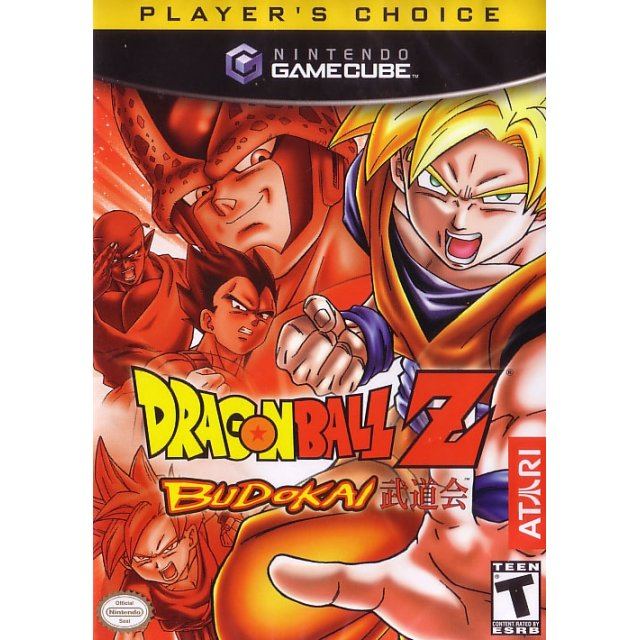 Collections
Atari
Rated
By Our Customers
Compatible with GameCube™ (GC)
For US/Canada systems, use Freeloader for other.

sold Out of print / Out of stock.
Manufacturer
Atari
Rated By Our Customers
Compatible With GameCube™ (GC)
Version

A spectacular 3D world filled with the fiercest fighters the universe has ever known. Test your skills against the most powerful Dragon Ball Z® heroes and the most sinister villains. Every battle is more intense, more dangerous, and more epic than the one before. Will you be the last warrior standing?

If you are familiar with Dragon Ball Z: Budokai (Player's Choice), why not let others know?

[This review is based on another version of this product]
saiya_ninja (3) on 07, Nov. 2008 23:02 (HKT)
nice
nice graphics but more cel shading will do
nice moveset but more combos will rock
could be better
especially gohan's super kamehameha, why not father son kamehameha?? oh well