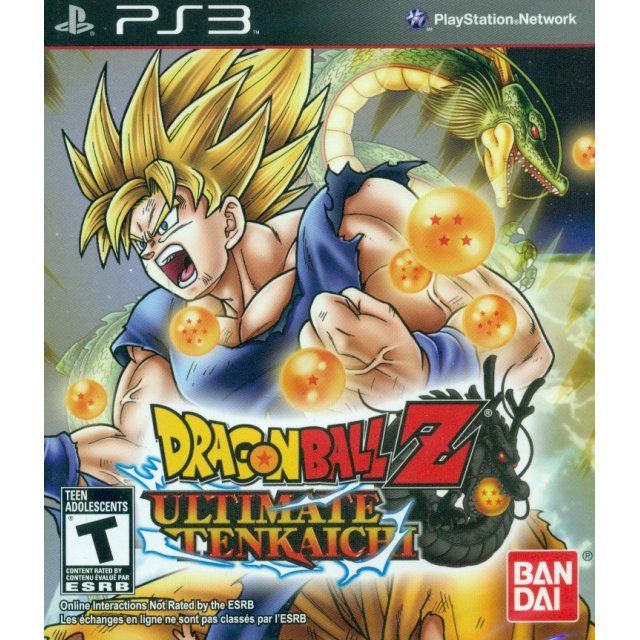 Works on all systems sold worldwide, a correct regional account may be required for online features.
24h In stock, usually ships within 24hrs. (Only 1 left in stock.)
US$38.99
Limited time offer - Secure yours now before the offer expires!

Works on all systems sold worldwide, a correct regional account may be required for online features.
24h In stock, usually ships within 24hrs
(Only 1 left in stock.)
Price
US$38.99
Play-Asia.com Return & Refund Policy

If you are familiar with Dragon Ball Z: Ultimate Tenkaichi, why not let others know?

[This review is based on another version of this product]
jayvgames (13) on 06, Jan. 2018 13:04 (HKT)
Not Worth It
I hate giving games bad scores, especially from a good franchise like Dragonball. But, I have to give it to this one. The game is meant to be a fighting game that retells the story of the Dragonball Z universe, like all of the Dragonball Z games before it, and adds a side story to it with your own created character. The created character idea is now incorporated with the much better Dragonball Xenoverse titles. Unfortunately, the gameplay on this game overshadows the rest of the game. The gameplay starts off as what a normal 3D fighting game would do; however, when you land a few hits in, whether you're far away and or close up, you do nothing but quick time events and even do a small guessing game with the enemy so you don't press the same kind of button that they do and then you need to press the same button when they land hits on you. It's a mess and repetitive as hell. I felt cheated out of my money and wished I never bought this. The only redeemable thing I can think of is the character creations you can make with additional armors and so forth that can be used to customize your saiyan character. However, the repetitive and stupid quicktime events aren't really worth the frustration to get more goodies to customize your character. It's basically the kinectless version of Dragonball Z Kinect which should say a big no to anyone who has ever played that game. And to those looking to buy it, please don't suffer the same fate I had and invest your money in another worthwhile title.
oblacionx (121) on 24, Apr. 2014 12:28 (HKT)
Kamekamehaaaaa
Muy buenos graficos, muy parecidos a la saga, juegazo
kesternich (1) on 21, Sep. 2013 11:19 (HKT)
Good game
very good game. the graphic is very good.
nattanealz (66) on 01, Jan. 2013 21:43 (HKT)
Good Game
Really great anime game adapt .
If you are the fan of DZ buy it.
leandrorizzato (216) on 06, Dec. 2012 05:56 (HKT)
Dragon Ball Z: Ultimate Tenkaichi is a good game with a good gameplay, but a little bit boring, and nice graphics. The Character Creation and Customization is cool. The Japanese soundtrack is always better like all PlayStation Dragon Ball games. I recommend it how a funny game to play to Dragon Ball fans.
1 »