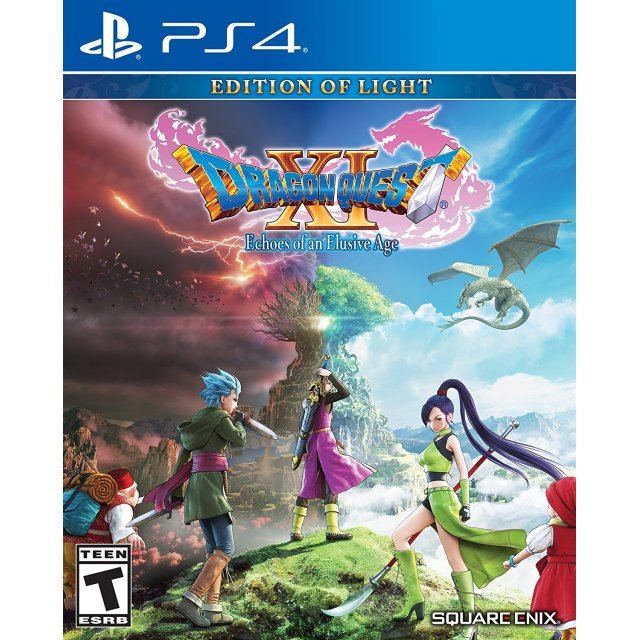 Works on all systems sold worldwide, a correct regional account may be required for online features.
1w Expected stock arrival within 1 week.
US$51.99
Our previous price:US$ 59.99
You save: US$ 8.00( 13% )
Manufacturer
Square Enix
1w Expected stock arrival within 1 week
Price
US$51.99
Our previous price:
US$ 59.99
You save:
US$ 8.00( 13% )
Play-Asia.com Return & Refund Policy
Trustpilot
Trustpilot
Click on a thumbnail to see more pictures for Dragon Quest XI: Echoes of an Elusive Age

A young man, about to participate in his village’s coming of age ceremony, travels to a Sacred Stone alongside his childhood friend. After a series of unexpected events, this intrepid adventurer learns he is the reincarnation of a legendary hero from a forgotten age.

If you are familiar with Dragon Quest XI: Echoes of an Elusive Age, why not let others know?