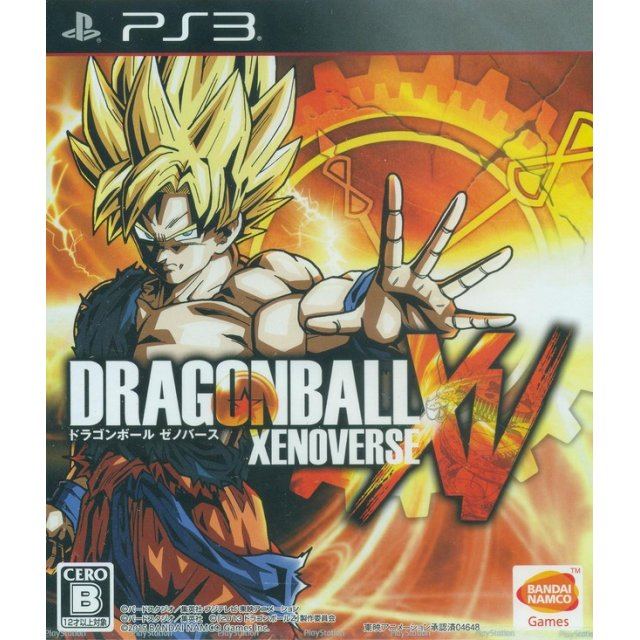 Works on all systems sold worldwide, a correct regional account may be required for online features.
24h In stock, usually ships within 24hrs. (Only 1 left in stock.)
US$31.99
Lunar New Year Sale
Limited time offer - Secure yours now before the offer expires!
Our previous price:US$ 68.99
You save: US$ 37.00( 54% )
Manufacturer
Bandai Namco Games
Compatible With PlayStation 3™ (PS3™)
Version

Works on all systems sold worldwide, a correct regional account may be required for online features.
24h In stock, usually ships within 24hrs
(Only 1 left in stock.)
Price
US$31.99
Lunar New Year SaleLimited time offer - Secure yours now before the offer expires!
Our previous price:
US$ 68.99
You save:
US$ 37.00( 54% )
Play-Asia.com Return & Refund Policy
Trustpilot
Trustpilot
Click on a thumbnail to see more pictures for Dragonball Xenoverse

Dragon Ball is returning to your home consoles in 2015, and one of the coolest announcements yet is that YOU will be the newest fighter to join the roster!

Dragon Ball Xenoverse promises a wide variety character customization features, including physical features from the various Dragon Ball races (Earthling, Majin, and Namekian - with more to come). Customization doesn't stop at appearance, as the game's time travelling hero you will have to choose your Dragon Ball character's fighting style and abilities by training under a 'Master'.

Each Master will have different skillsets and patterns depending on who the player chooses (Goku, Vegeta, etc.) Your chosen Master will also be able to join you in the battlefield should you need assistance.

Xenoverse is filled with time travel themes, so who better to be your guide than Trunks? Trunks will show you around Toki Toki City, the primary hub in the game, and introduce you to places like the "Toki Storage Room" - a place where players can meet other players, train with their master, or take part in story mode and co-op quests. These quest modes will feature some massive enemies including Great Age Vegeta!

No reviews for Dragonball Xenoverse yet.