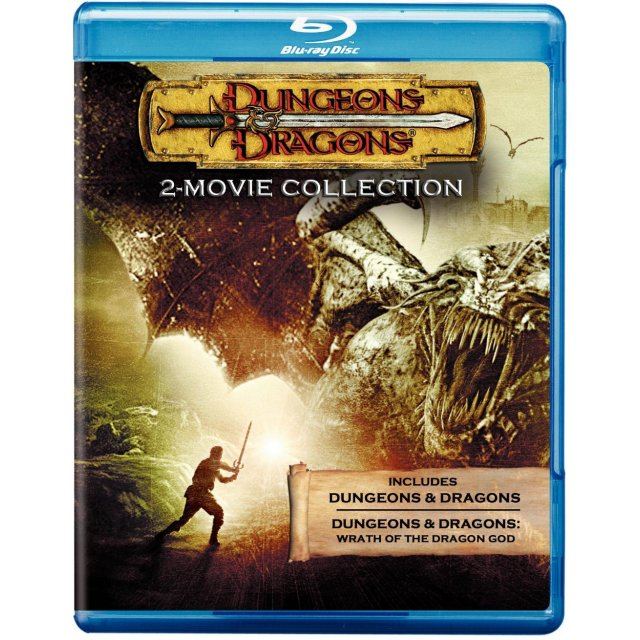 Dungeons & Dragons Action and adventure come alive in this movie adaptation of the legendary role-playing game! Two thieves lead a band of adventurers on a crusade against Profion, who plans to overthrow the Empress Savina. This exciting story features thrilling sword fights, magic spells, evil wizards and dozens of dragons! In the mystical land of Izmer, a class of Mages rule by means of magic and otherworldly powers. One Mage, Profion (Jeremy Irons), wants to rule the land by himself and hopes to topple the young and inexperienced Empress Savina (Thora Birch) by acquiring her mystical scepter--the key to controlling the Gold Dragons. To to counter Profion's plans, a young mage named Marina has to find the legendary Rod of Savrille--they key to controlling the Red Dragons. Marina teams up with a rowdy dwarf, an elf, and a pair of thieves named Ridley (Justin Whalin) and Snails (Marlon Wayans). But even with the help of this team, Marina's path to the Rod of Savrille is a rocky one laden with booby traps, puzzles, and Damodar--Profion's henchman, who threatens death at every turn. Nonetheless, the Empress and her followers are determined to face the odds to prevent the evil Profion from triumphing. The popular role-playing game Dungeons & Dragons comes to life in this film with cutting edge special effects, culminating in an awe-inspiring battle between two hordes of dragons over a huge, elaborate, Gothic city. Dungeons & Dragons: Wrath of the Dragon God This sequel to Dungeons & Dragons, based on the popular role-playing game, fills the screen with amazing visual effects of spectral ghouls, diabolical traps, thundering armies and huge winged dragons. The story follows five champions of Izmer who must perform prodigious feats of brain, brawn and sorcery.

No reviews for Dungeons & Dragons 2-Movie Collection yet.