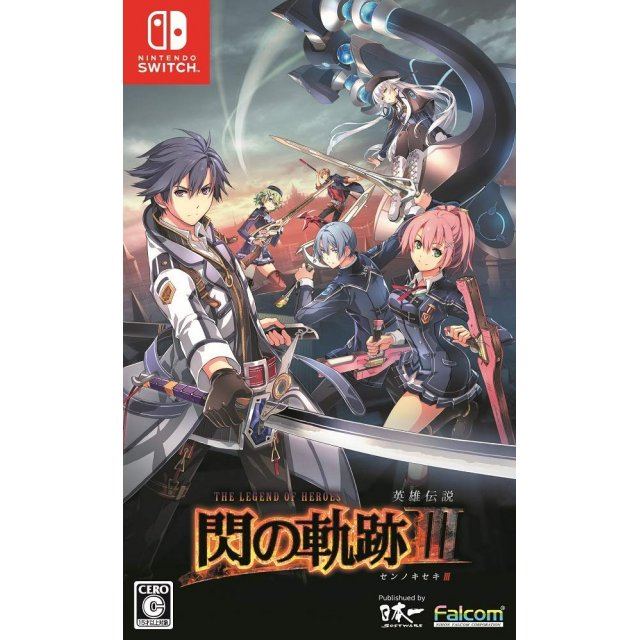 Works on all systems sold worldwide, a correct regional account may be required for online features.
24h In stock, usually ships within 24hrs.
US$59.99
Our previous price:US$ 64.99
You save: US$ 5.00( 8% )
Manufacturer
Nippon Ichi Software
Rated By Our Customers
Compatible With Nintendo™ Switch (SW)
Version

Works on all systems sold worldwide, a correct regional account may be required for online features.
24h In stock, usually ships within 24hrs
Price
US$59.99
Our previous price:
US$ 64.99
You save:
US$ 5.00( 8% )
Play-Asia.com Return & Refund Policy
Click on a thumbnail to see more pictures for Eiyuu Densetsu: Sen no Kiseki III

If you are familiar with Eiyuu Densetsu: Sen no Kiseki III, why not let others know?

Art (76) on 27, Jun. 2020 04:50 (HKT)
Trails of Cold Steel 3
Amazing series and amazing entry! The Japanese release only has Japanese, so be wary.
Art (76) on 21, Apr. 2020 04:14 (HKT)
It's Trails of Cold Steel
Third numbered entry in the Trails series, which itself is a part of the whole Legend of Heroes series. The series has incredible lore and world-building, so if you're into this stuff - buy it and play it! Probably best to start with ToCS 1 but Switch only has 3 (and 4 next year), so..
[This review is based on another version of this product]
carlospenajr (97) on 16, Apr. 2020 01:30 (HKT)
Great RPG
For those who played the previews "Cold Steel" games, it's a must to play this one.
The story is pretty good and funny, the battle system received some new aspects, like order and new arts.
[This review is based on another version of this product]
Orpheus (3) on 12, Dec. 2018 00:17 (HKT)
Lost original review
Wow, typed a whole essay only to have the review not to go through because the website logged me out.
Really annoyed but basically i was raving about the series as a whole and drafted a beginner's guide to get into the series.
Anyway, Trails is the best jrpg series to get into if you value world building and storytelling.
[This review is based on another version of this product]
jacky.du0314 (2) on 27, Nov. 2018 04:04 (HKT)
No title
great game and on time shipping , can not wait for the sen no kiseiki 4 .
1 »