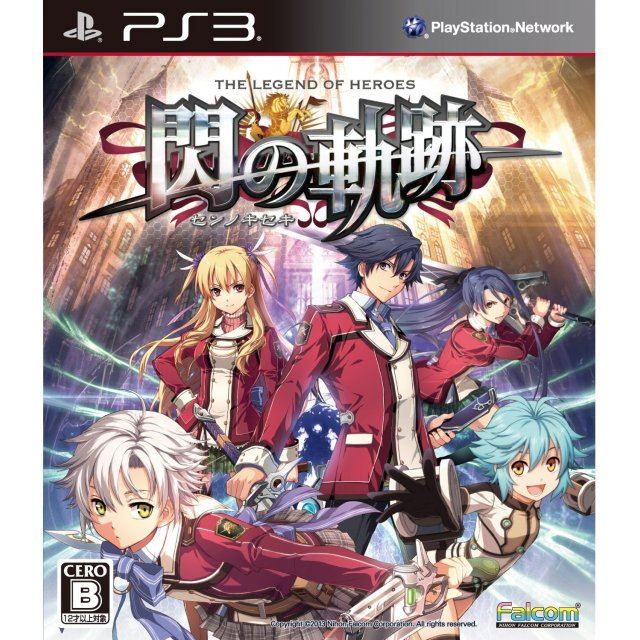 Falcom
Rated
By Our Customers
Compatible with PlayStation 3™ (PS3™)

Works on all systems sold worldwide, a correct regional account may be required for online features.
1w Expected stock arrival within 1 week.
US$35.99
Our previous price:US$ 76.99
You save: US$ 41.00( 53% )
Manufacturer
Falcom
Rated By Our Customers
Compatible With PlayStation 3™ (PS3™)
Version

Works on all systems sold worldwide, a correct regional account may be required for online features.
1w Expected stock arrival within 1 week
Price
US$35.99
Our previous price:
US$ 76.99
You save:
US$ 41.00( 53% )
Play-Asia.com Return & Refund Policy
Click on a thumbnail to see more pictures for Eiyuu Densetsu: Sen no Kiseki

If you are familiar with Eiyuu Densetsu: Sen no Kiseki, why not let others know?

anu.blitz (177) on 19, Oct. 2016 08:27 (HKT)
Cool
Jrpg for fan to collection.
fabianofdcs (7) on 04, Apr. 2015 04:52 (HKT)
Eiyuu Densetsu Sen no Kiseki
RGP with great storytelling, captivating characters, beautiful sound and visual art. The combat system is engaging and exciting. Goal for Falcom. Recommended to all.
SK (101) on 11, Feb. 2014 17:15 (HKT)
No title
Another solid entry in the Legend of Heroes series. Great narrative, characters, battle system along with all the usual strengths that come with a Legend of Heroes game. Falcom adds yet another JRPG gem to their collection. Highly recommended for all Legend of Heroes fans.
ndagroove (42) on 01, Jan. 2014 04:24 (HKT)
Best of series!
If you ever wanted an HD Eiyuu Densetsu experience, here you go! Battle system is well polished, solid storyline and lots of characters to use in battle. This game is very text heavy, some knowledge of Japanese or extreme patience is needed as lots of direction given for side quests, etc. If you have never played this series this is a great place to start! Highly recommended! :)
trunions (151) on 08, Nov. 2013 09:34 (HKT)
A must have.
This game is a absolutely must have for and RPG fan. No matter what. It is that good.
1 »