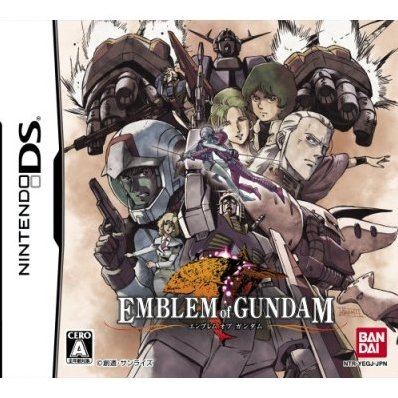 Earn 28 Coins for the Loyalty Program (beta-test)!
Trustpilot
Trustpilot
Click on a thumbnail to see more pictures for Emblem of Gundam

As opposed to the other hit Gundam games recently released on the NDS, Emblem of Gundam is a simulation game that aims at narrating the events in the Gundam universe from a historical point of view. The game consists of famous scenes from the anime series and character studies. To let the players get a better picture of what happened in the course of history, the game features a historical button system where the players can choose to view scenes that are not included in the original anime series.The battles are exciting and the camera movements show the full view of the Mobile suits in action. When your battle power reaches a specific level, you can initiate character events. To keep things simple, the game features a province map that shows the geography of the battle field and analyzes the battle fronts with relation to your military force. Everything is visualized, including the course of the bullets and the formation of your opponents. Make use of these maps and assign a perfect team for your mission.The key to victory is determined by your combat power, and this is decided by the collective forces of your offense and defense teams as well as the skills of your pilots. Each pilot specializes in a certain type of mobile suit, so keep that in mind when you assign your teams.

If you are familiar with Emblem of Gundam, why not let others know?

bluegundam22 (3) on 20, Feb. 2010 13:54 (HKT)
lacking
Over all everything is lacking. The game play is mundane and seems pointless. Talking scenes, which is most of the game, are just a standstill decently drawn person, and while the battle scenes are decnt they are the only thing that couldn't have been done on the GBA. If you can read japanese and oyu want a retelling of UC then you may like it otherwise deffinatly pass it up
Tiny Taru (45) on 03, Sep. 2009 12:37 (HKT)
Great game!
It's not as complicated as some of the other Gundam strategy games, but it's no pushover either. Lovely graphics and loads of fun!