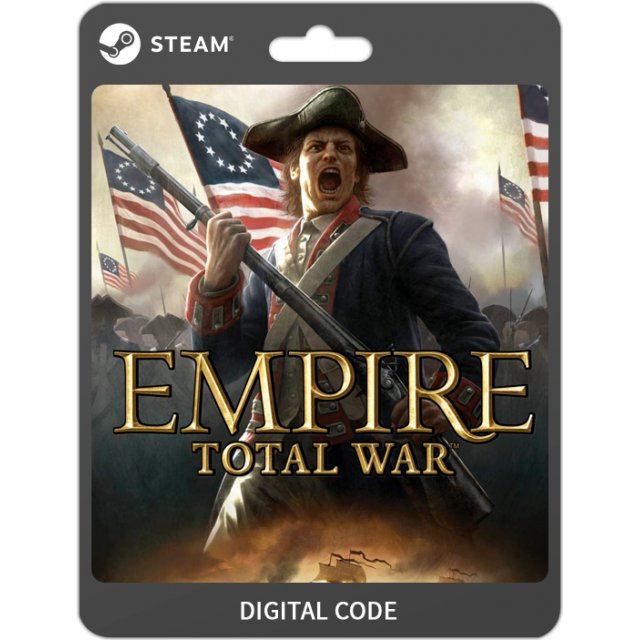 Region Free
This item will deliver instantly in your account. Some orders may be subject to verification by SMS or Voice which may cause delays.
US$10.02
Manufacturer
Sega
Price
US$10.02
Play-Asia.com Return & Refund Policy

Dominate the 18th century on land and sea. Command the seas, control the land, forge a new nation, and conquer the globe. Empire: Total War takes the Total War franchise to the eighteenth century Age of Enlightenment — a time of political upheaval, military advancements, and radical thought, captured in stunning detail in Empire: Total War.

Empire: Total War introduces a host of revolutionary new features, including true 3D naval combat. For the first time in the Total War series, you will be able to intuitively command single ships or vast fleets upon seascapes rich with extraordinary water and weather effects that play a huge role in your eventual glorious success or ignominious defeat. After pummelling your enemy with cannon fire, close in to grapple their ship and prepare to board, taking control of your men as they fight hand-to-hand on the decks of these wooden behemoths.

No reviews for Empire: Total War yet.