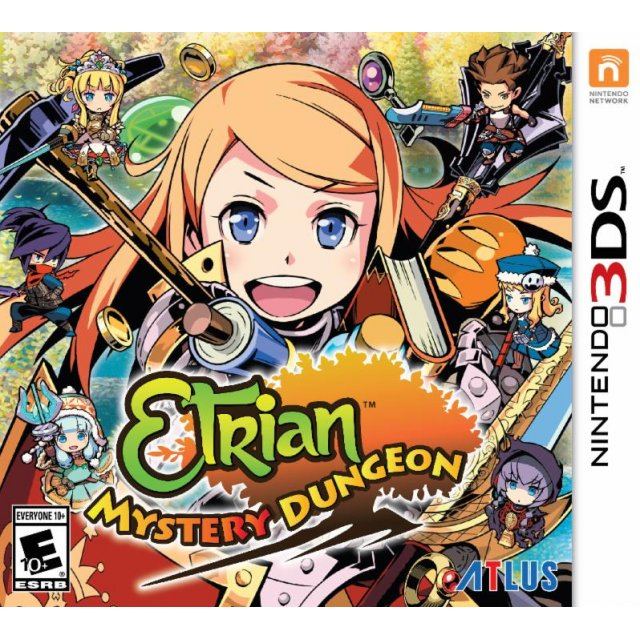 If you are unfamiliar with theMystery Dungeonseries the basic formula is adding the characters from a popular franchiseinto a game built around exploring a dungeon with randomly generated layouts and fighting other characters via turn-based combat.Every time players performan action such as attacking or walking, the opponents will also take action.

Five known classes will be available inEtrian Mystery Dungeon,each taken from theEtrian Odysseyuniverse to fit into your standard RPG roles. Players will be able to enter dungeons with four different classes.

First up are the Protectors,the paladins and tanks of theEtrian Odysseyworld, who's ability to take large amounts of damage and disrupt enemies positions is unrivaled.

Next up are the Landsknecht, who make their appearance in the game as damage powerhouses with the ability to rush into battle.Although still fighting in close quarters the Landsknecht is not a very effective tank.

Runemasters are the ranged casters, able to deal direct damage from afar or apply ailements and debuffs to your enemies. Your magic-useris a bit of a wuss though, as she won't be survive long unprotected.

Medics areyour staple healers and will be required to keep your party healthy!They can heal up all the party members in the area as well as cure anyafflications. Medics can dish out some afflictions of their own, but with limited effectiveness.

If you are familiar with Etrian Mystery Dungeon, why not let others know?