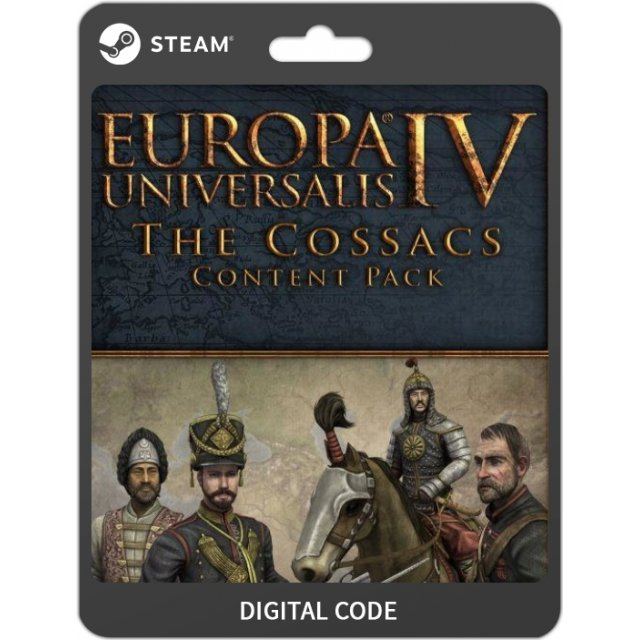 Paradox Interactive
Compatible with Windows™ (PC)
This item will deliver instantly in your account. Some orders may be subject to verification by SMS or Voice which may cause delays.
US$5.63
Manufacturer
Paradox Interactive
Price
US$5.63
Play-Asia.com Return & Refund Policy
Trustpilot
Trustpilot

The Cossacks is the sixth major expansion for Europa Universalis IV and focuses on Hordes and Eastern Europe. This addition allows you to plunder your neighbours as a horde in order to keep your tribes loyal and raze their lands to gain power to advance in technology or reform into a settled nation.

NOTE: This content requires the base game Europa Universalis IV in order to play.

No reviews for Europa Universalis IV - The Cossacks - Content Pack (DLC) yet.