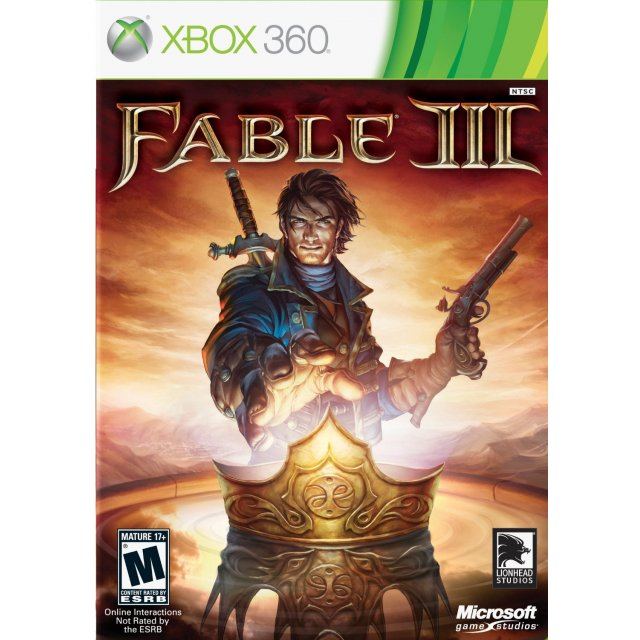 Works on all systems sold worldwide, a correct regional account may be required for online features.
1w Expected stock arrival within 1 week.
US$20.29
Our previous price:US$ 59.90
You save: US$ 39.61( 66% )
Manufacturer
Microsoft
Rated By Our Customers
Compatible With Xbox360™, Xbox One™
Version

Works on all systems sold worldwide, a correct regional account may be required for online features.
1w Expected stock arrival within 1 week
Price
US$20.29
Our previous price:
US$ 59.90
You save:
US$ 39.61( 66% )
Play-Asia.com Return & Refund Policy
Trustpilot
Trustpilot
Click on a thumbnail to see more pictures for Fable III

In Fable III, the latest installment of the critically acclaimed Xbox 360 exclusive franchise, fans new and returning will now embark on an epic adventure, where the race for the crown is only the beginning of your spectacular journey. Five decades have passed since the events of Fable II, and Albion has matured into an industrial revolution, but the fate of the kingdom is at peril.You will be called upon to rally and fight alongside your people, ascend to the seat of power, and experience the realities of defending your throne. Along your journey, the choices you make will change the world around you, for the greater good or your own personal gain. Who will you become? A rebel without a cause, the tyrant you rebelled against, or the greatest ruler to ever live?

If you are familiar with Fable III, why not let others know?