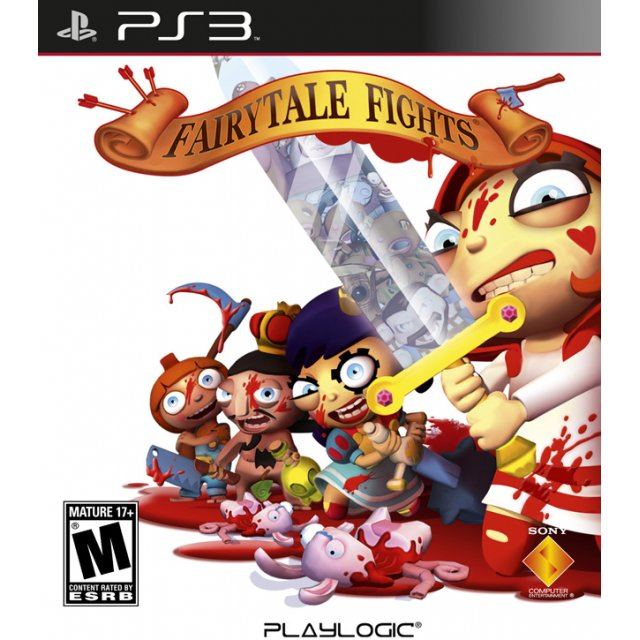 Playlogic
Rated
By Our Customers
Compatible with PlayStation 3™ (PS3™)

Works on all systems sold worldwide, a correct regional account may be required for online features.
1w Expected stock arrival within 1 week.
US$32.99
Manufacturer
Playlogic
Rated By Our Customers
Compatible With PlayStation 3™ (PS3™)
Version

Play your favorite fairytale character, regain your lost fame and save the fairytale world from certain doom! Luckily, a vast variety of deadly weapons lie around, which you can use to shoot and carve up evil villains, bloodthirsty rabbits and many more terribly cutesy characters roaming the lands… and this is where the fun begins!Fight your opponents to the death and fulfill challenging quests while leaving behind a big trail of blood!With Playlogic's unique “Dynamic Slicing” technology, players have the ability to slice up an enemy in any way they like, using intuitive controls. In addition, the game will use the tested powers of the Unreal 3 engine.

If you are familiar with Fairytale Fights, why not let others know?

(The game is fun, and that of going ripping enemies in thousand ways reminds me of Prince of Persia 2, it is a shame to have to disconnect the PS3 from Internet to can play because of the servers of GameSpy are definitely down).
wbugini (30) on 28, Nov. 2013 22:42 (HKT)
Controles Irritantes
Está aqui um jogo que ficaria excelente se não tivessem colocado os golpes sendo executados com o analógico direito. É extremamente irritante ficar rodando o analógico para dar golpes sem dizer cansativo, e o pior é que o jogo NÃO te permite alterar a configuração dos controles. O jogo seria excelente se não fosse o detalhe dos controles.
ricky174 (350) on 07, Aug. 2011 02:19 (HKT)
Its Crazy
The game is crazy... but this is amazing.
Play with hours without boring.
360 FANS (39) on 08, Jul. 2011 19:18 (HKT)
Good
very good
Odie (466) on 25, May. 2011 10:54 (HKT)
Bloody............Game
Fairytale Fights is unlike the fairytales we have heard before. In fact, there are lots of slashing with blood spilling all over the place. Fun for the kids? I let you decide. All said, the game is pretty fun (for older kids) with nice presentation & straight forward gameplay abeit repetitive. Graphics are at best average & the great price adds another half star.
1 »