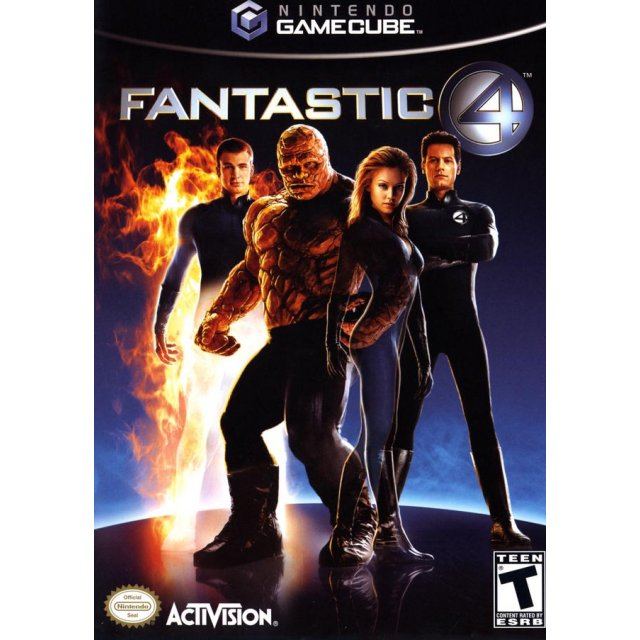 Activision
Compatible with GameCube™ (GC)
For US/Canada systems, use Freeloader for other.

Fantastic 4 is the only game that allows you to harness the Marvel Super Heroes' unique and amazing powers through a compelling single-player or two-player co-operative team based gameplay experience, based on the 20th Century Fox feature film. Authored by Zak Penn, who co-wrote the story for "X2," the game follows the "Fantastic 4" film's storyline and expands the adventures by letting players stretch, control fire and use invisibility and brute force to defeat evil Super Villains in new environments and familiar comic book locales. Challenged to master the individual powers of each Super Hero and combine them to level even more devastating attacks, players must battle some of Marvel's most notorious Super Villains, including, the ultimate evil - Doctor Doom - to save the human race from disaster.

No reviews for Fantastic 4 yet.