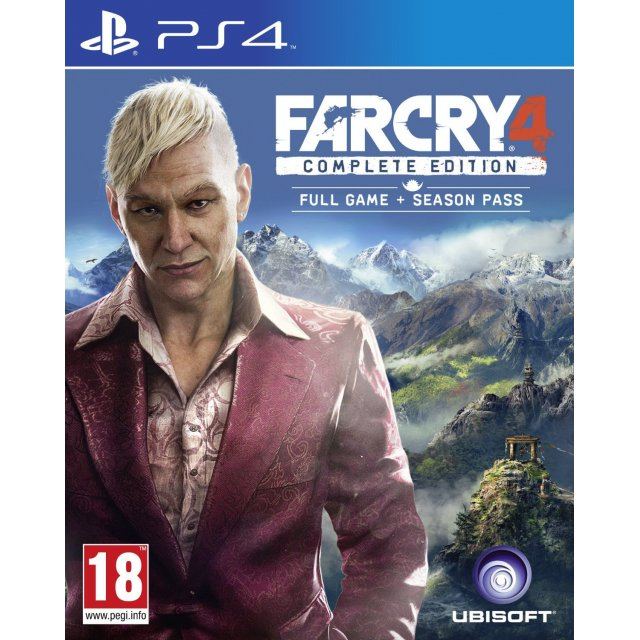 The critically acclaimed and enormously successful Far Cry 4 will once again shower the Himalayas with bullets and blood as the game developer giant Ubisoft releases Far Cry 4: Complete Edition! The latest release for Far Cry series bundles the full game of Far Cry 4 with all the DLC included in the Season Pass and will be running in the PlayStation 4 and PC.
For the first time in Far Cry – or even video gaming for that matter – the exotic local of Nepal, specifically the Himalayan mountains, will be the backdrop in Far Cry 4. Introducing Ajay Ghale as the first ever Nepalese protagonist, the open world nature of Far Cry now sees new horizons.

Fans of the Far Cry series will be pleased to know that the developers have every intent in making 4 a new experience, especially when compared to 3. Where as in Far Cry 3, character freedom compromised time sensitive situations ending in loss of immersion, Far Cry 4 now promises a tighter balance between exploration and mandatory story based events. As well, to add to this, there is less protagonist voice overs; there is also an addition of dark humor bringing a new factor of enjoyment.

While the sound standard gun combat with many weapons are still there, one of the more exciting features is the weaponization of local animals. Ride and elephant into the fray and overthrow foes in their vehicles!

All the previous mechanics return as well, from stealth to hang gliding to exploring hidden secrets and mysterious areas. If all this sound interesting, the icing on the cake is the co-op multiplayer, made even sweeter by letting a friend play online even if they don't have a copy themselves!

The DLCs included in the Complete Edition are:
The Syringe – give all you've got in retrieving a rare and potent recipe before the forces of Pagan Min's forces or it will be the end of the rebels.

Escape from Durgesh Prison – take your freedom and complete a series of challenges to stealthily escape the prison with a friend or stay lock up and tortured.
The Hurk Deluxe Pack – immerse yourself into five missions starring Hurk, including Yak Farm, Blood Ruby, and Hurk's Redemption.

Overrun – play as Rakshasa or Golden Path and play the thrilling and new PvP multiplayer mode in an aim of capturing territory around Kyrat and save it from being taken by enemies.

Valley of the Yetis – explore the new frozen landscape and find out the mystery behind a vile and deadly cult. Visit the caves in the area but beware of the creature that lurks around watching your every move. Enjoy the both single-player and co-op options, play alone or bring a friend to watch each others back.

No reviews for Far Cry 4: Complete Edition yet.