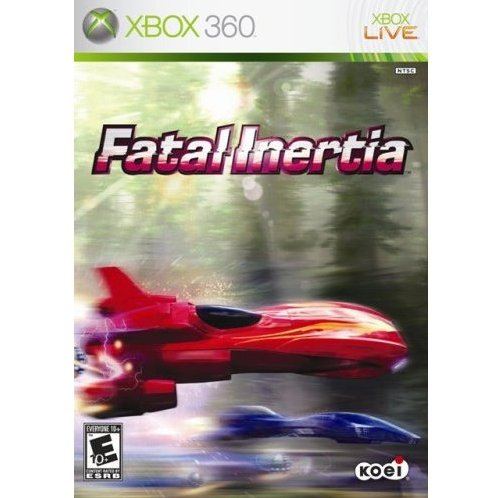 In the middle of the twenty-second century, mankind's thirst for excitement has spawned an evolutionary sporting event that draws from the combined disciplines of rally racing, demolition derby, and high-performance aeronautics.In Fatal Inertia, each craft is armed with a unique array of unconventional weapons that manipulate velocity, force, and even time. Explosive magnets that impact racecraft stability and rockets that can counter thrust and velocity are just some of the dangers drivers must face.Through harsh environments spanning dense rainforests to immense glacier fields, and canyons of razor-sharp rock there is little room for error as drivers will reach speeds of over 500 mph. But Fatal Inertia is not merely a test of speed. The brave men and women who choose to compete must face the mental and physical punishment of low-altitude combat maneuvering.

If you are familiar with Fatal Inertia, why not let others know?

at the last few stages it gets really really hard and its up to you to find the best customization
clara (30) on 20, Dec. 2007 20:06 (HKT)
Could have been way better
I feel sorry for this game, because it\'s so easy to know what to design-in to a futuristic racer - but they just never bothered with most of it.

The controls are hampered by the crafts constant dipping downwards, so you\'re constantly having to compensate for that by gliding it up - as well as having to accelerate or slow, and of course steer, and use weapons.

Aside from that, although the environments are lush and very well done, there isn\'t enough happening in them for the most part - say like, the best parts of WipEout are the huge jumps, the side-on tracks, the loops.
Also it\'s sometimes very difficult to know exactly where the track is, but then a lot of these titles suffer from that, due to the complex graphics.

Still though, without that cumbersome dipping of the crafts, would have been hugely more enjoyable.

3.5 cause of the annoying need for using \'up\' all the time getting in the way of playing the game.