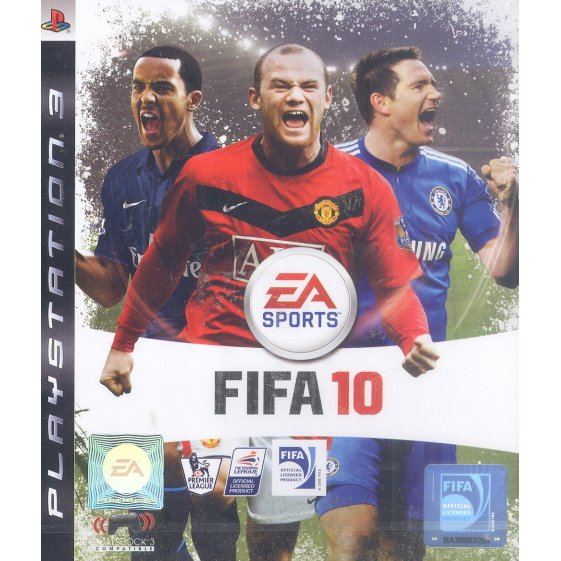 Works on all systems sold worldwide, a correct regional account may be required for online features.
1-5d Expected stock arrival within 1-5 days.
US$49.90
Manufacturer
Electronic Arts
Rated By Our Customers
Compatible With PlayStation 3™ (PS3™)
Version

Works on all systems sold worldwide, a correct regional account may be required for online features.
1-5d Expected stock arrival within 1-5 days
Price
US$49.90
Play-Asia.com Return & Refund Policy
Trustpilot
Trustpilot
Click on a thumbnail to see more pictures for FIFA 10

If you are familiar with FIFA 10, why not let others know?

falhado21 (32) on 06, Apr. 2011 02:38 (HKT)
Nice game!!!!
"FIFA 10"is shooting the best version of football simulator from Electronic Arts. Nice graphics, hundreds of teams, several game modes, robust online system and a large number of customization options will satisfy even the most finicky fans of the sport. In the controls, former FIFA player will feel at ease, though they may have struggled to harness all the news...
[This review is based on another version of this product]
tinha_net (19) on 02, Dec. 2010 16:10 (HKT)
Good graphics!
The graphics is so good but the game play is getting harder. I remember it was super easy when I played FIFA 2002 :)
[This review is based on another version of this product]
paulowirth (11) on 24, Sep. 2010 03:58 (HKT)
The series is back on the spot
Yes, I've played FIFA '10 and PES '10 and FIFA specs overall are better than its counterpart. It's like PES stayed behind and FIFA improved all of its aspects. The new modes are fun and the animation is solid. I'm looking forward to FIFA '11.
[This review is based on another version of this product]
rafaeljfbr (11) on 07, Sep. 2010 23:51 (HKT)
GREAT GAME!
Its a great game!!!
One of the best soccer game i ever played.
ConsoleGeek (8) on 22, Aug. 2010 20:45 (HKT)
Worth Every Penny
Haven't been hooked on a game for a while and FIFA 10 had me glued to my PS3 for weeks. Manager Mode is both simplified and enhanced for the better. Good purchase if you enjoy both playing and managing your soccer team.
1 »