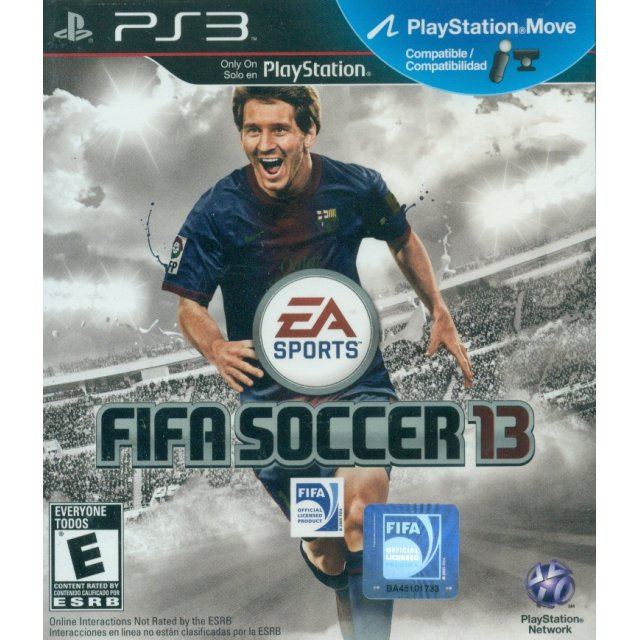 Works on all systems sold worldwide, a correct regional account may be required for online features.
1w Expected stock arrival within 1 week.
US$32.99
Manufacturer
Electronic Arts
Rated By Our Customers
1w Expected stock arrival within 1 week
Price
US$32.99
Play-Asia.com Return & Refund Policy
Click on a thumbnail to see more pictures for FIFA Soccer 13

FIFA 13 captures all the drama and unpredictability of real-world soccer, and is driven by five game-changing innovations which revolutionize artificial intelligence, dribbling, ball control and physical play. It is the largest and deepest feature set in the history of the franchise. These innovations create a true battle for possession across the entire pitch, deliver freedom and creativity in attack, and capture all the drama and unpredictability of the real-world game.

If you are familiar with FIFA Soccer 13, why not let others know?