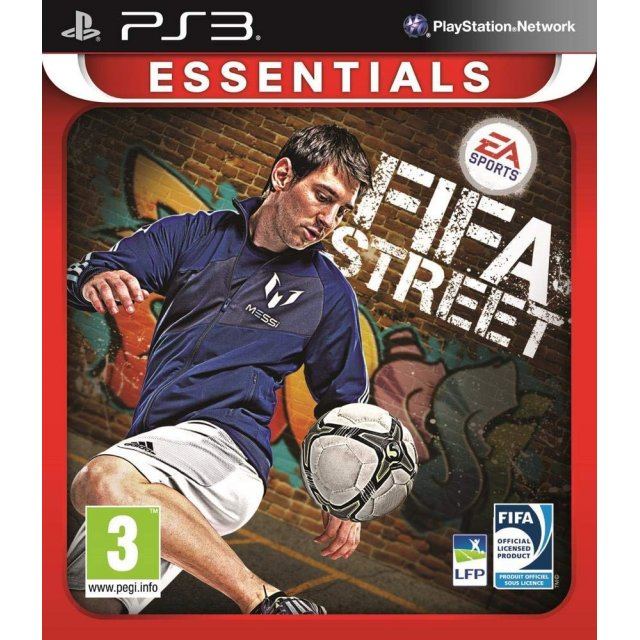 Works on all systems sold worldwide, a correct regional account may be required for online features.
1-2w Expected stock arrival within 1-2 weeks.
US$19.48
Our previous price:US$ 19.99
You save: US$ 0.51( 3% )
Manufacturer
Electronic Arts
Rated By Our Customers
1-2w Expected stock arrival within 1-2 weeks
Price
US$19.48
Our previous price:
US$ 19.99
You save:
US$ 0.51( 3% )
Play-Asia.com Return & Refund Policy
Trustpilot
Trustpilot
Click on a thumbnail to see more pictures for FIFA Street (Essentials)

From the creators of the award-winning EA SPORTS FIFA Soccer franchise, and inspired by street soccer styles and stars from around the world, FIFA Street is the most authentic street soccer game ever made. Enjoy a unique and fun experience where everything from the environments to the gear to the music is true to the sport and its culture.Whether performing one panna after another without breaking a sweat the way the game is played in Amsterdam, or a physical, fight-for-possession style the way players compete in London, fans will enjoy a superior fidelity of ball control and responsiveness than anything ever experienced. Plus, for the first time ever, utilize aerial skills to maneuver past opponents, an all-new sophisticated wall-play mechanic and over 50 brand new spectacular skill moves.

If you are familiar with FIFA Street (Essentials), why not let others know?

Almost reminiscent of the old arcade "Street Hoop" by Data East circa '94.
1 »