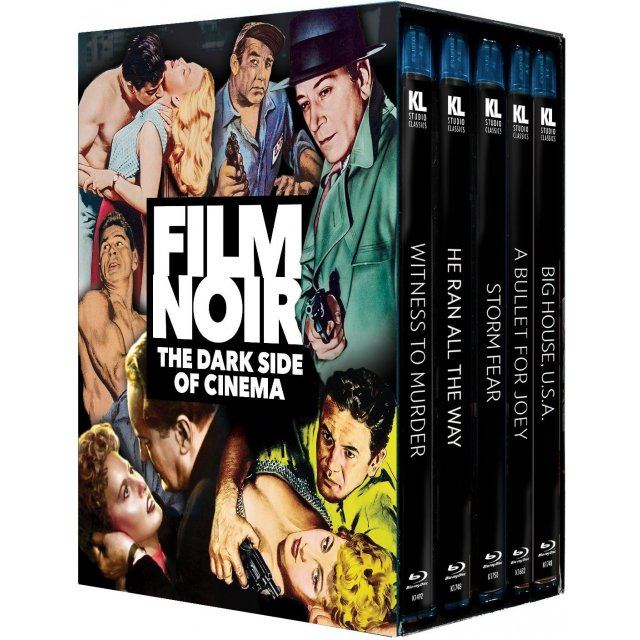 Film Noir: The Dark Side of Cinema

All 4 films were newly re-mastered in HD! BULLET FOR JOEY, A (1955) When a Canadian police inspector (Edward G. Robinson) investigates a murder, he is hurtled into an adventure involving foreign spies, American gangsters and an explosive high-tech secret that could change the world“ co-starring George Raft. HE RAN ALL THE WAY (1951) John Garfield plays a dim-witted thug who survives a shootout with the police after a payroll robbery. Seeking cover, he meets Peggy a lonely young girl (Shelley Winters) who takes him to her family's apartment, while there the paranoid thief decides to takes the family hostage until he can escape. STORM FEAR (1955) Cornel Wilde plays a wounded bank robber, on the run from the law, he and his gang decide hide out at his brother (Dan Duryea) and sister-in-law's (Jean Wallace) farmhouse during a snowstorm. WITNESS TO MURDER (1954) A woman (Barbara Stanwyck) fights to convince the police that she witnessed a murder. Co-starring George Sanders and Gary Merrill. Also includes Big House USA.

No reviews for Film Noir: The Dark Side of Cinema yet.