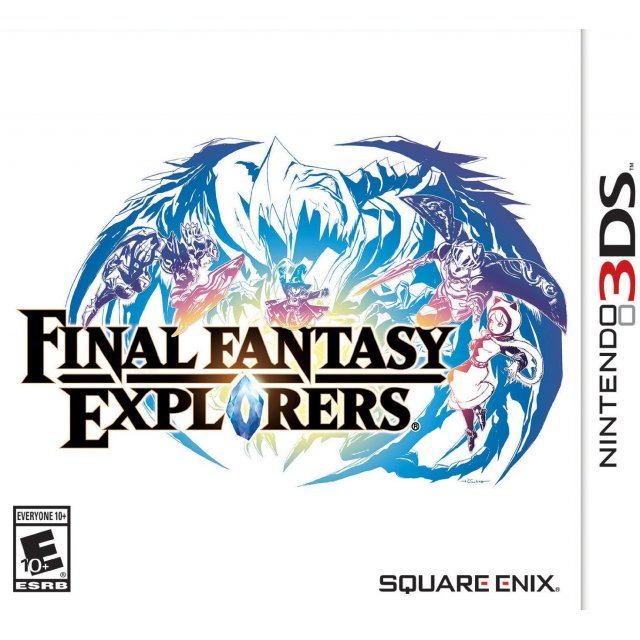 Final Fantasy Explorersis an upcoming quest-drivenaction RPG with many elements similar toFinal Fantasy Chronicles(GameCube) and theMonster Hunterfranchise. The premise of the game is that the titular Explorers are hunting the world for crystals, the source of life and civilization,which are guarded by fearsome beasts and summons from theFinal Fantasyfranchise.

Each job falls under the category ofa tank, support, or damage dealing role but the way you play is mostly determined by how you customize your abilities. Abilities are something you earn and upgrade in this game and are linked to job versitility -so don't expect to get them all at once!

Players don't choose their job immediately, in the beginning your character will be a 'Freelancer' who will be able to collect materials and create gear, but won't be specialized in any one thing.

The 'Trance' system will bring the power of past Final Fantasy characters, called 'Legend Characters',into your battles by temporarily transforming into one of the iconic characters while simultaneously gaining the ability to use special attacks without consuming AP. Some of the already revealed Legend Characters are: Cloud, Yuna, Lightning, Tidus, Bartz.

The use of Trance will also allow you to use the power of your Summoned Beasts. Beasts are added to your team by collecting 'Spirit Stones' which are occasionally dropped upon death.Once you've collected your Spirit Stones, journeyto the Monster Laboratory located in Libertus to create new monsters as well as level them up.

There will be no real appearance customization, instead your worn equipment will be visible. Players disappointed by this news need not worry too much as you can stilladd some flair with500 different equipment pieces to choose from, including famousweapons and armor pieces from the Final Fantasy franchise. Material collection and equipment creation is core to hunting games, and will surely play a large role inExplorers'progression.

Final Fantasy Explorerswill have both singleplayer and multiplayer modes, where the multiplayer will be up to 4 player co-op withboth online and local capabilities. Communication between players will be possible through the use of preset text phrases.

Dragon Quest Heroes: The World Tree's Woe and the Blight Below
US$ 17.19

If you are familiar with Final Fantasy Explorers, why not let others know?