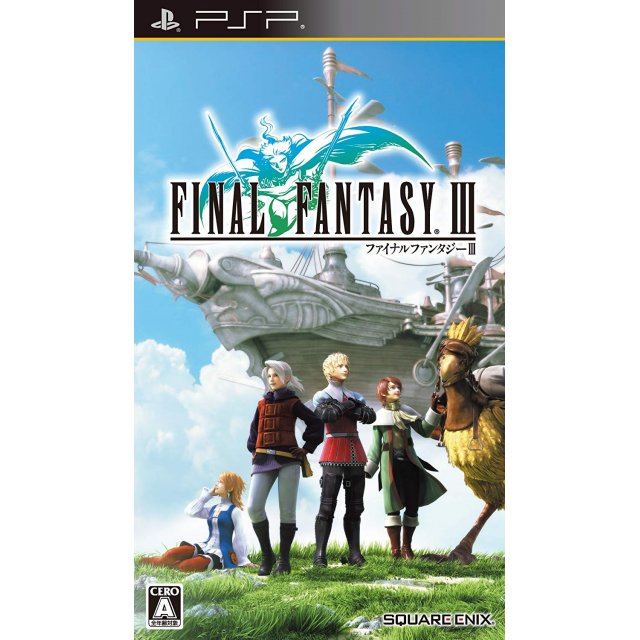 Works on all systems sold worldwide, a correct regional account may be required for online features.
1w Expected stock arrival within 1 week.
US$94.99
Manufacturer
Square Enix
Rated By Our Customers
Compatible With Sony PSP™ (PSP™)
Version

Released in 1990, Final Fantasy amazed the world with its innovative job changing system. The game has been revived on the Nintendo DS and the iPhone. Some kinks are smoothed out and new system elements are introduced every time the game is remade. This Sony PSP version is based on the latest iPhone version. The graphics are readjusted to fit the 16:9 screen. In the gallery mode, gamers can look through the graphics and the music they have unlocked.For people feeling nostalgic, they can play the game in the 8-bit BGM mode. And for gamers who want to speed things up, an auto-battle and 2x times speed battle options become available. You no longer have to communicate with others to unlock the hidden elements, and once you've reached the highest level in a job, you can get the master card.

If you are familiar with Final Fantasy III, why not let others know?

Another great point is that the secret quests are not dependent of you communicating with other players via wi-fi anymore.

All in all a great buy.