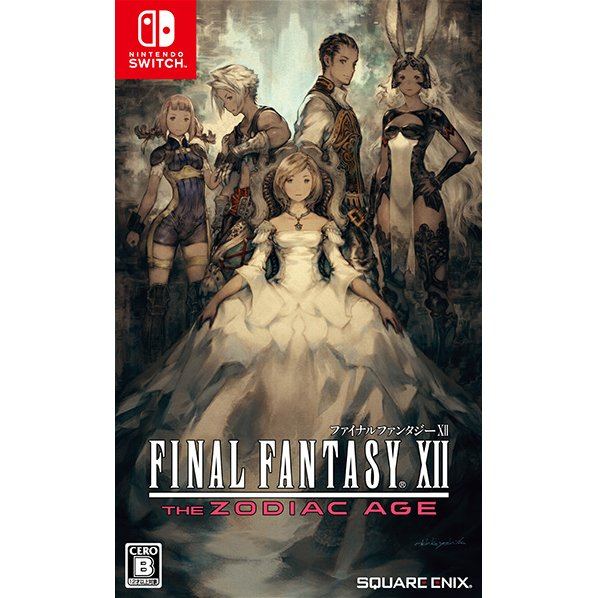 Works on all systems sold worldwide, a correct regional account may be required for online features.
24h In stock, usually ships within 24hrs. (Only 1 left in stock.)
US$55.99
Manufacturer
Square Enix
Compatible With Nintendo™ Switch (SW)
Version

Works on all systems sold worldwide, a correct regional account may be required for online features.
24h In stock, usually ships within 24hrs
(Only 1 left in stock.)
Price
US$55.99
Play-Asia.com Return & Refund Policy
Trustpilot
Trustpilot
Click on a thumbnail to see more pictures for Final Fantasy XII: The Zodiac Age (Multi-Language)

Enter an era of war within the world of Ivalice. The small kingdom of Dalmasca, conquered by the Archadian Empire, is left in ruin and uncertainty. Princess Ashe, the one and only heir to the throne, devotes herself to the resistance to liberate her country. Vaan, a young man who lost his family in the war, dreams of flying freely in the skies. In a fight for freedom and fallen royalty, join these unlikely allies and their companions as they embark on a heroic adventure to free their homeland.

If you are familiar with Final Fantasy XII: The Zodiac Age (Multi-Language), why not let others know?

Art (56) on 28, Jun. 2019 01:32 (HKT)
One of the last great Final Fantasy games!
Final Fantasy XII is consider by many to be one of the last great Final Fantasy games and for good reasons: the game is huge, the battle system is turn-based and the story is really good! If you missed this game on other consoles and you're a Nintendo Switch owner, now's the perfect time to buy it and play it! Recommended to all JRPG fans!
Japanese version has English support! Nintendo Switch is region free, so if you like the box art of the Japanese version more, you can import it and play the game in English (subtitles and voice)!