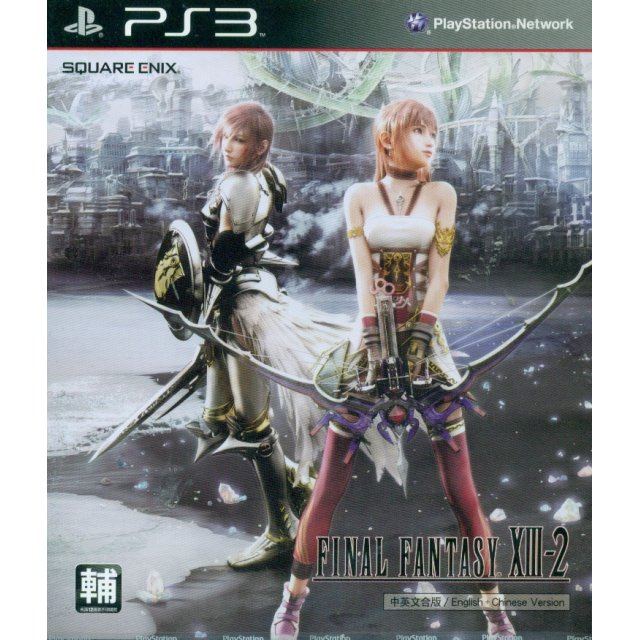 sold Out of print / Out of stock.
Manufacturer
Square Enix
Rated By Our Customers
Compatible With PlayStation 3™ (PS3™)
Version

The game takes players to an era when the Cocoon crumbles. In this new world, everyone assumes that Lightning is dead, except for Sara, who has never given up on her sister. A new character came into the picture. Noel has powerful spells up his sleeve and together with Sara and the Moogle, they set off to explore the unknown lands. Monsters attack in hordes and after the battle, players will be presented with an option to befriend these beasts. The beasts all have special skills, so make good use of them to boost your attacks. Cinematic cut-ins plays a huge roll in the battles. Punch in the right button sequences on screen to launch a sure kill skill.

If you are familiar with Final Fantasy XIII-2 (English and Chinese Subtitles Version), why not let others know?


So I was really sceptical about XIII-2, nonetheless I've bought him and I must say: It was worth!


The battle system is the same, however the linear gameplay is out, it's just like the old FFs, you got an huge world with tons of side quests, exploration, towns and even monsters to capture (like in X-2).

There's a lot of side story's, interesting NPCs and the crystarium system has evolved for the better.

The Cons I found is that the graphic some times are worst than in XIII and there are less CGs.

Also you should take note that the game has DLCs, for me it's not a big deal, however it my be a pain knowing that most those should be included with the game.

Now talking about this edition itself "Final Fantasy XIII-2 (English and Chinese Subtitles Version)" I must say that is outstanding, I know that the english only version is also good, however the original Japanese voices are way more natural and... C'mon Maya Sakamoto is in there!

Totally Recomended for JRPGs fans!
AgitoXP (15) on 26, Apr. 2012 09:59 (HKT)
Very Good voice acting, superb graphics and very good gameplay, worthy of being a sequel to final fantasy XIII. Though let down by the different alternate endings as well as the alternate ending dlc...
1 »