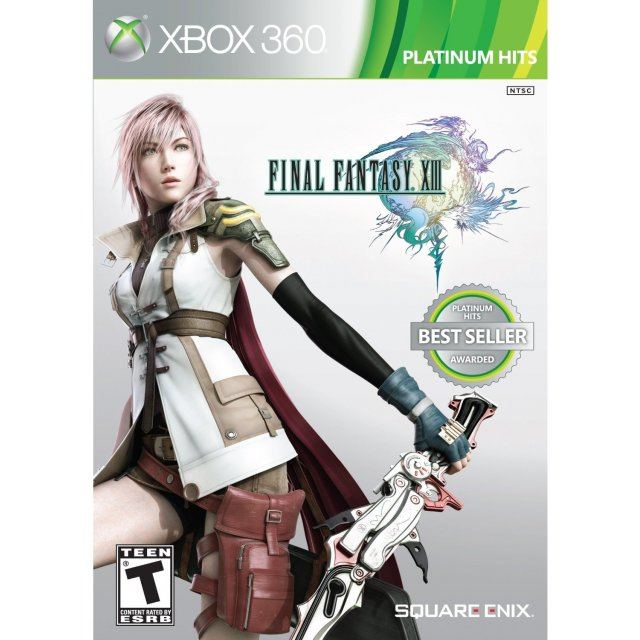 If you are familiar with Final Fantasy XIII (Platinum Hits), why not let others know?

[This review is based on another version of this product]
red.mage (1) on 04, Nov. 2015 12:01 (HKT)
Nice
If you're fine with very linear games (and I understand some aren't), this game is amazing. I never really understood all the hate.

In terms of shipping, it was delivered quite early, which is nice.
sengoku_nz (7) on 12, May. 2015 08:27 (HKT)
Game saves are compatible with Ulltimite hits version!
I switched from a Japanese Xbox console to a U.S. Xbox console and could still use my saved games!! Woohoo (of course I wouldn't need to if the game wasn't region/console locked).
Souren (10) on 23, Nov. 2014 13:24 (HKT)
Not quite the ultimate final fantasy, but pretty good regardless
The story and characters may not be the best ones in the long story of final fantasy games, but its still a pretty solid rpg. It can be pretty linear though, but if you like simple RPGs, this is a good choice.
matt986 (132) on 29, Jul. 2014 05:50 (HKT)
Decent game
Arrived quickly from Play-Asia, decent graphics, runs at like 30fps, well worth picking up.
gary_kh_yeh (1) on 05, Mar. 2014 23:19 (HKT)
Another awesome title from the series
Though the story could have been polished in many ways...still a great final fantasy game. Awesome graphic!!
1 »