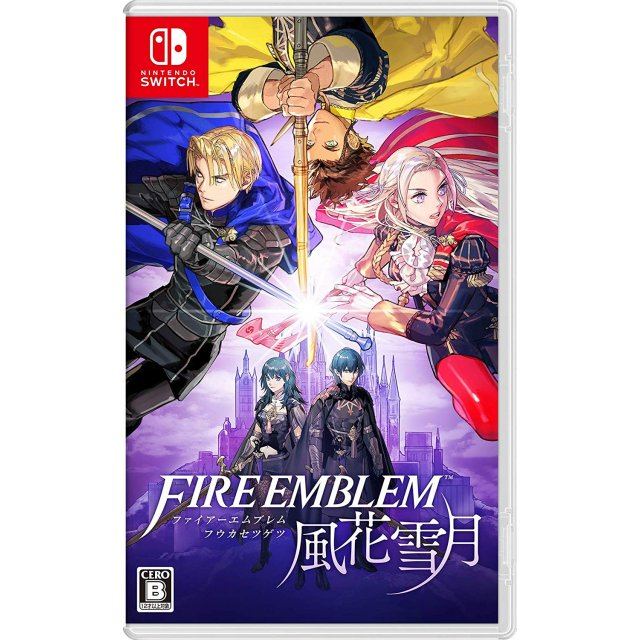 Works on all systems sold worldwide, a correct regional account may be required for online features.
24h In stock, usually ships within 24hrs.
US$66.99
Our previous price:US$ 77.99
You save: US$ 11.00( 14% )
Manufacturer
Nintendo
Rated By Our Customers
Compatible With Nintendo™ Switch (SW)
Version

Works on all systems sold worldwide, a correct regional account may be required for online features.
24h In stock, usually ships within 24hrs
Price
US$66.99
Our previous price:
US$ 77.99
You save:
US$ 11.00( 14% )
Play-Asia.com Return & Refund Policy
Click on a thumbnail to see more pictures for Fire Emblem: Three Houses (Multi-Language)

The Legend of Zelda: Link's Awakening (Multi-Language)
US$ 52.99

If you are familiar with Fire Emblem: Three Houses (Multi-Language), why not let others know?

[This review is based on another version of this product]
dimiiswife (1) on 30, Apr. 2020 21:50 (HKT)
THIS GAME IS AMAZING. WHATEVER ANYONE ELSE SAYS IS DUMB.
1110adrilibra and Remielle's comments aren't the truth. Anyone can get married and the graphics are GREAT. ALSO, ACNH HAS AMAZING GRAPHICS. Oml some people I stg. Anyways 10/10 amazing emotional game, tea time is amazing and waifus and husbandos are great.
[This review is based on another version of this product]
Remielle (16) on 19, Sep. 2019 13:57 (HKT)
It’s Okay
Compare to the previous two FE instalments, this one definitely the less fun one.
Only the main character can get married and it’s also towards when the game’s about to finished, the chemistry between character is not as tight as previous FEs.
The grinding, even though it’s still the same method, somewhat boring.
The exploring aspect is so boring as well, probably this aspect makes this game less fun for me.
This is the game I can’t wait to finished it, only not to play it, again.
A bummer.
[This review is based on another version of this product]
1110adrilibra (238) on 16, Sep. 2019 15:30 (HKT)
okay
Fire Emblem Three Houses i think is too over Rated from many critic, i think Intelligent Systems need to rework on graphic and Animation or perhaps Koei i don't know exactly who did.