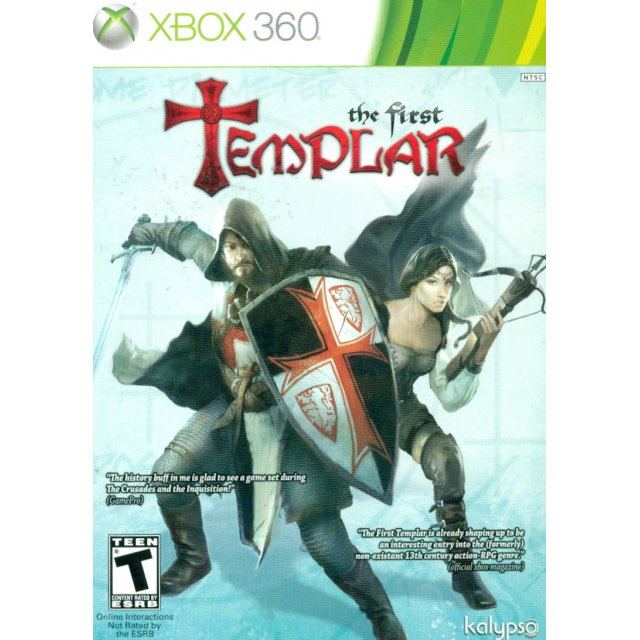 Kalypso
Rated
By Our Customers
Compatible with Xbox360™ (X360)

Works on all systems sold worldwide, a correct regional account may be required for online features.
1w Expected stock arrival within 1 week.
US$15.89
Our previous price:US$ 21.99
You save: US$ 6.10( 28% )
Manufacturer
Kalypso
Rated By Our Customers
Compatible With Xbox360™ (X360)
Version

Works on all systems sold worldwide, a correct regional account may be required for online features.
1w Expected stock arrival within 1 week
Price
US$15.89
Our previous price:
US$ 21.99
You save:
US$ 6.10( 28% )
Play-Asia.com Return & Refund Policy
Trustpilot
Trustpilot
Click on a thumbnail to see more pictures for First Templar

The First Templar follows the story of two main characters - a French Templar, and his companion, a noble lady who has been proclaimed a heretic. Taking control over these two unlikely allies, the player must uncover the mysteries behind the Templar Order, play a role in a grand conspiracy, and discover the secret of the Holy Grail. The heroes face powerful opponents at every turn, in the face of the Saracen, King Philip IV of France and the Inquisition.

The game also features both single player and co-op modes. When playing solo, the player can switch between the two characters, leaving the control of the second hero to the game's AI. At any moment a second player can joinin and take control of the AI controlled hero.

If you are familiar with First Templar, why not let others know?