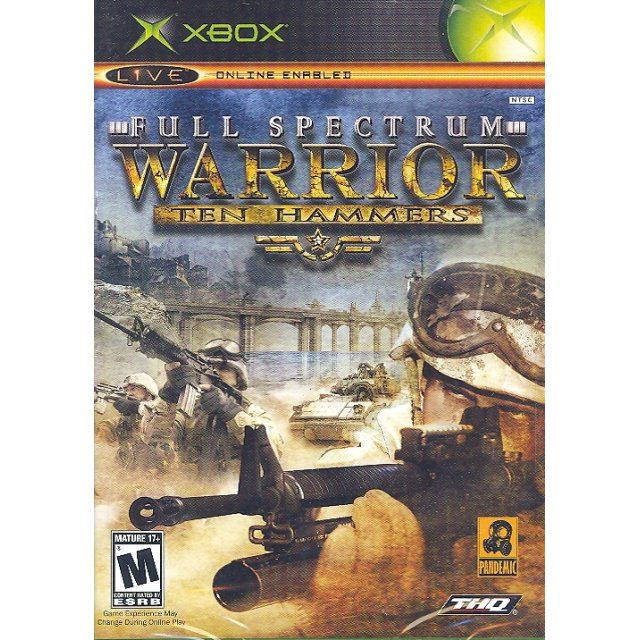 Collections
Compatible with Xbox™
For JPN/Asian systems only.

Sequel to the award winning squad-based/real-time tactical combat game, Full Spectrum Warrior: Ten Hammers improves on the ground-breaking and authentic military gaming experience with a number of innovative features threaded throughout every aspect of the game. As squad leader, players coordinate the actions of multiple infantry squads, leading them through a variety of hostile environments. An intuitive control scheme allows control of the squads in real-time as players outthink, outmaneuver and outgun enemies through more than 12 levels of intense urban warfare.

No reviews for Full Spectrum Warrior: Ten Hammers yet.