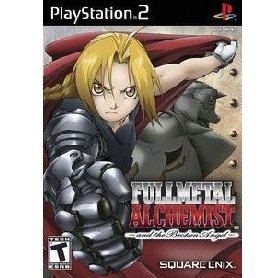 Fullmetal Alchemist and the Broken Angel

The game is based on and has some connection to the original storyline. The main character is an alchemist named Edward Elric, who loses his brother Alphonse in an accident. Edward manages to contain his brother's soul in a large piece of armor, but in order to merge the soul and body of the dearly departed, the two brothers (one living, the other not) must embark on a journey to find a mythical stone. Here's what we know so far: Fullmetal Alchemist consists of two modes--a scenario mode featuring dialogue in 2D and a 3D battle mode. In the battle mode, the player controls Edward, who has the ability to instantly create traps and weapons out of objects in the field. Alphonse is a powerful subcharacter, and he can be controlled by giving orders. Also, Edward can create large weapons to be used by Alphonse.

Fullmetal Alchemist 2: Curse of the Crimson Elixir
US$ 63.99

No reviews for Fullmetal Alchemist and the Broken Angel yet.