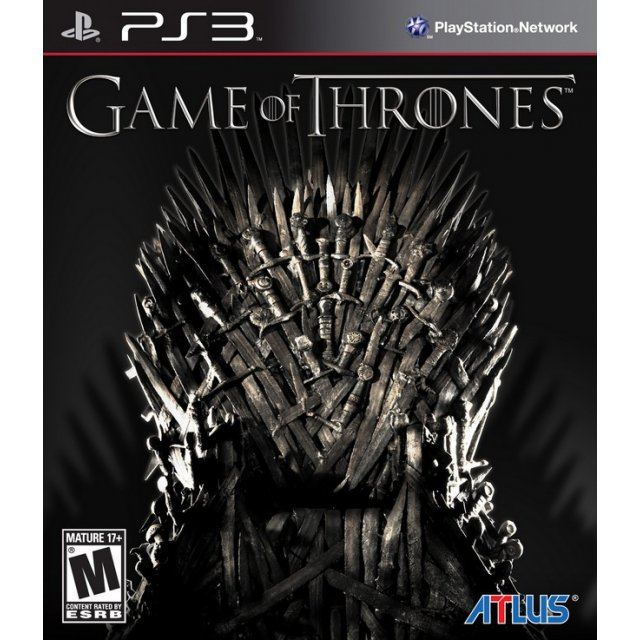 Collections
Atlus
Rated
By Our Customers
Compatible with PlayStation 3™ (PS3™)

In this 30‐plus hour action RPG, players will enter the gritty and medieval fantasy world of Westeros. As one of two original characters with disparate motivations, both former soldiers of Robert’s Rebellion, players will forge alliances and wage battles as they play a pivotal role in the ongoing war for power of the Seven Kingdoms. Their journey will span numerous quests, during which they will interact with many characters and make key decisions that impact the realm.Standing before the majesty and bitter isolation of the Wall or walking through the streets and alleys of King’s Landing, players will not simply pass by locations and characters integral to the series; they will explore and interact with them, meeting and learning about the people and history that defines them and their importance. Key decisions and major events will have meaningful impact on Westeros, allowing the player to witness how the game world evolves over time based on their actions or inactions.Moreover, Game of Thrones introduces an innovative “active slowdown tactical combat engine” in which combat mirrors the series’ thoughtful approach to war and politics: fighting slows but never stops entirely, forcing the player to make quick, pressured choices before their enemy strikes again. In this way, combat mirrors the series’ thoughtful approach to war and politics. In early 2012, with this epic new Game of Thrones game, fans will have a chance to not simply read or watch the story, but to take an active role in the riveting drama as it unfolds.With an original story written under the supervision of Martin, Game of Thrones promises to deliver the ultimate interactive role‐playing experience for fans. The game is filled with familiar locations straight from the pages of the beloved fantasy saga along with the likeness of some actors portrayed in the series.