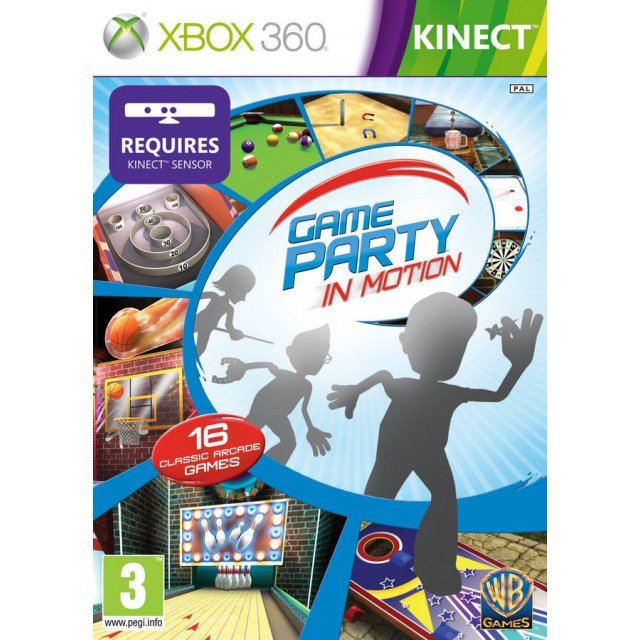 PARTY ON! The hit Game PartyTM series brings a full motion party for players of all ages and abilities exclusively to Kinect for Xbox 360. Game Party: In Motion features 16 games and several game variations for an immersive and intuitive pick-up-and-play experience for people of all abilities! Game Party: In Motion lets players engage in true-to-life motions, using their whole bodies to mimic the actions and gestures of real-life activities. Players will need to make a throwing motion to hit targets with a football while quickly stepping left and right to avoid getting tackled or rush from table to table serving root beer to thirsty customers. Beyond the game world players can tie-in their Xbox 360 Avatars to engage in the full suite of games for an amazing experience.

No reviews for Game Party: In Motion yet.