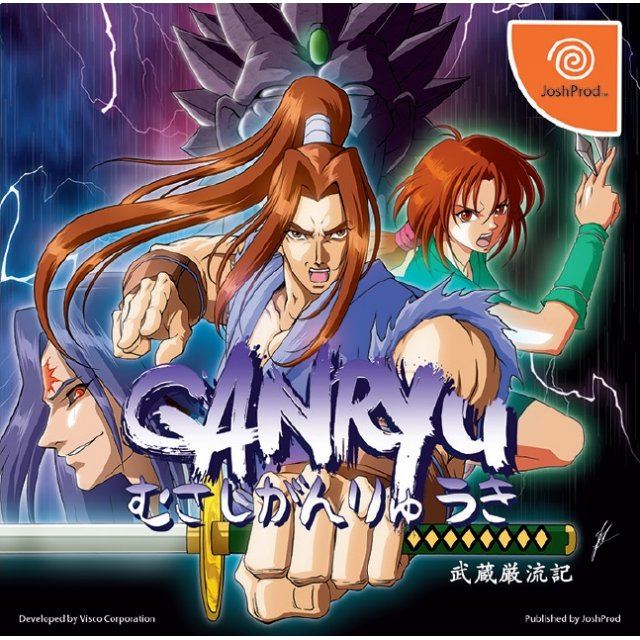 dannyemartinez1 (2) on 19, May. 2019 11:24 (HKT)
Green Blood
Kinda let down, thought there would be red blood or at least an option to enable it. It works perfectly on demul for those of us who dont have a dreamcast but still want to collect awesome neo geo games and be able to play them.
sonicxabridged (8) on 29, Jan. 2018 08:25 (HKT)
Kind of iffy, but enjoyable to say the least
Ganryu is an interesting Neo Geo classic. Compared to most games that were made for Neo Geo, Ganryu looks and sounds kind of cheap. It is an interesting action platformer however with multiple weapons to use and paths to find.

The main issue with this game is the emulation. Other than occasional slowdown, the emulation is actually pretty okay. The problem is how barebones it is. This is based off the Neo Geo CD version of the game, which itself doesn't have much of anything in the way of options. You can't remap the buttons, which is annoying considering you have to press the R trigger to pause and get used to B being attack instead of jump. All you can really do is just start the game.

The game takes lots of elements from Shinobi and even some Megaman wall jumping and ninja gaiden NES game elements.

Its a good solid action game for dreamcast fans.