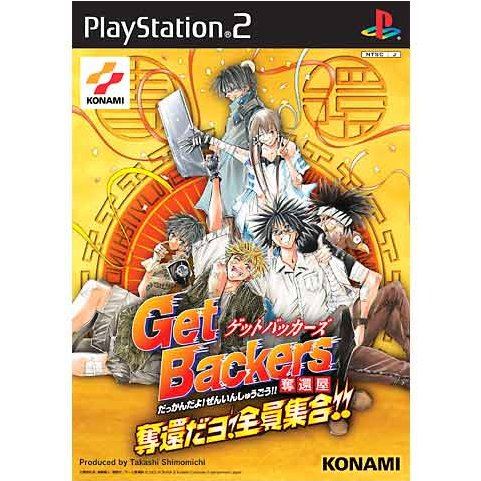 sold Out of print / Out of stock.
Manufacturer
Konami
Compatible With PlayStation 2™ (PS2™)
Version

Get Backers: All Members Gather is loosely based on the company's popular manga/anime series of the same name. While Konami has previously released adventure and fighting games based on the Get Backers series, the latest incarnation is described as a side-scrolling action game. Reportedly, the game will feature more than a half-dozen popular characters FROM the series and anime-style story interludes featuring voice dialogue.

If you are familiar with Get Backers Dakkanya: Dakkandayo! Zenin Shuugou!!, why not let others know?